Getting bing.com to crawl!

We get very few visitors from bing.com, something like 1-3 a day while google.com is sending 100's. I guess its because google has around 14,000 pages in its index vs bing's 900'ish. I have resubmited the sitemaps to bing (some were missing).

Take a look at these stats, they are terrible:

The Art of Technology

Today, searching through my emails find out that Facejacker's - Brian Badonde has made some technology videos for bing.com. If your not familiar with Facejacker, the best way to explain it is that one guy plays the roles many interesting characters, one of which is Brian Badonde (an fictional art critic). In the The Art of Technology he explores technology.

I recommend a watch!
- The Art of Technology ... Read more

For me, it seems hotmail and firefox are not getting on well. Every so often things keep freezing. The freeze causes the whole computer to freeze just for a few seconds. This has only happen recently, so I guess its something to do with the new updates in hotmail? 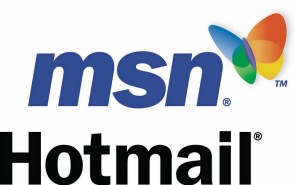 i would just like to retell my first death becuase it's BS!

so i'm flying along, harassing freighters, having a good time, when i get like 4 missiles fired at me out of nowhere. next thing i know i'm under attack by a nova mk1 and an escort of split scorpions(m4 i think). no big deal, i take out the escorts, and then toy around with the nova for a little while, hopeing to cap it, when i get more HEPT fire from the back. so now there's a fire nova on me to, and here's where it gets interesting. as soon as i get him locked in, to deal with this guy he runs into me, and i die of course.

I really hate PS3 games that have lots miss-able trophies, it forces you to look stuff up and always be on alert. For me it can stop me from enjoying a game as much. I think in most games you should be able to complete the missed stuff after you have completed the game. Sometimes miss-able trophies arent too bad, like if the game offers a second path of events such as Infamous. In Infamous you could choose to play as good or bad with different side-effects. However simply missing a trophy because you didnt know you had to completed a quest in set time-frame sucks. ... Read more

so i took a break from playing X3 for a while. partly because my game kept crashing, and partly so i could finish dragon age - origins awakening. i killed some darkspawn, and now i'm ready to come back and kill some shit with my reaper of death, a.k.a Khaak M3 lol. ... Read more

about to start a new Khaak game in V3.3(beta) of rougey's mod. i've reinstalled X3 from steam, so that i have a fresh game directory to run the mod. the only thing other than the game, is the egosoft bonus pack, which shouldn't cause any problems.

unfortunately it's getting late so i probably won't play much tonight. ... Read more

Over the past few weeks I have wanted to update my profile on markosweb.com. However in the account section, I just see the following:

Update in progress
You have requested statistic update 2 months ago.
Your request is 1203th in queue.
Estimate update time: 11 hours
Thank you for patience

I have tried to contact them but with no reply. Im guessing the site wont be fixed

[update] I logged in and could update my site. I dont know if it was reset because of my message or not. ... Read more