The first of the two - Pascal came out just over a month ago. I was excited at first - as I thought the new architecture should be a huge leap forward. We been stuck on a 28nm manufacturing process for long time - which has made some gpu's get pretty big (and costly to make). So with nvidia new 16nm manufacturing process; the chip could be much smaller, faster and maybe even a lower price. So after nvidia press event, I saw an MRRP of $699. Id hope this would translate into around £400 ... Read more

I can Bailey believe it - update on Overclockers

During the past week or two, you may I read about the troubles I had with my Zotac 980Ti AMP, if not seen it, look here – no need to repost. At the end of the situation I felt I had to take matters into my own hands, which I knew might void the warranty - something I didn’t want to do (but felt I had little choice). So I left a pretty bad review for Overclockers.co.uk, thinking that was that.

After doing so, James Bailey (the Returns Manager) contacted me and wanted to sort the problem out – he wasn't happy seeing my low review. It's not something I wanted to do either - I would much prefer to post when a company does sometimes good. I don't normally post reviews, as feel you ... Read more

Stay away from Zotac cards

Awhile back, you may have seen that I brought a new Zotac 980 Ti Amp. Before purchasing the card I did a lot of research to work out which one I should buy. In the end it came down to price and 5 year warranty. I wish I would of picked another brand now. 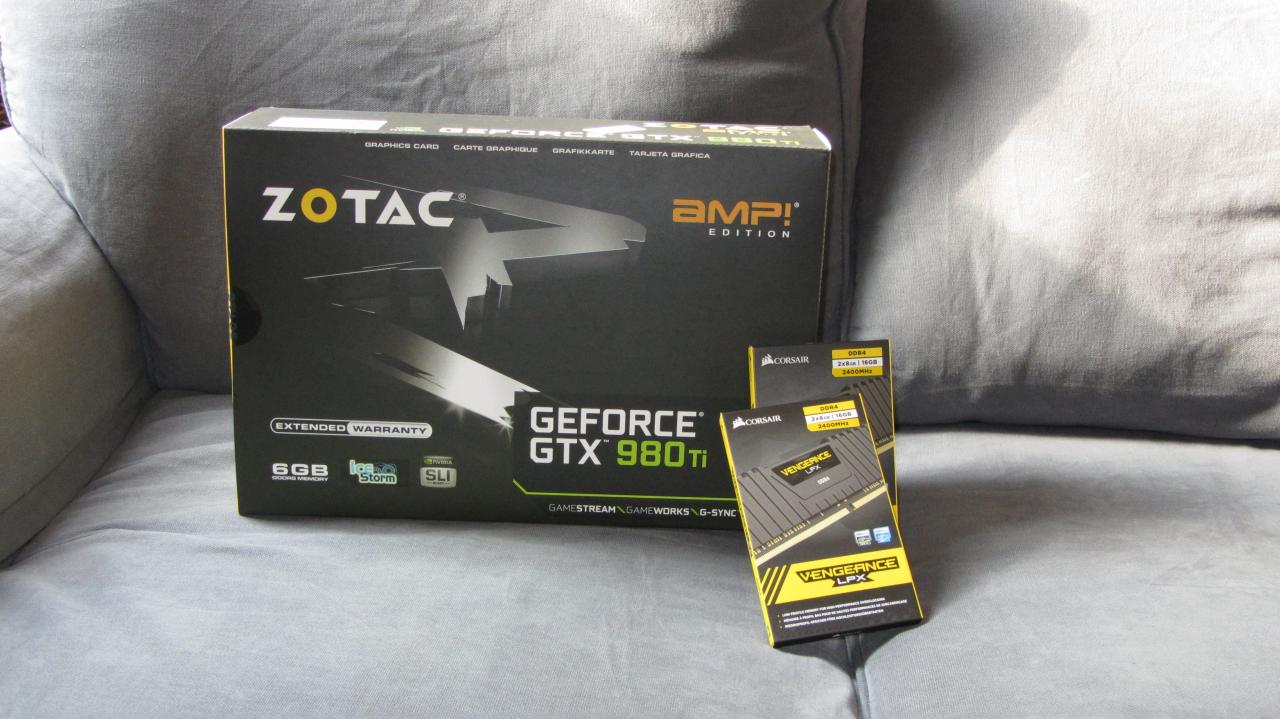 Before Christmas, I had the card running at 1080p. 1080p doesnt put much stress on the card, as 60fps isnt hard for a card of this power. For a Christmas present I got a 4k screen, which meant increasing the resolution to 4k. This is when I noticed some big problems.

Immediately the card got a lot louder, from barely audible to the loudest part in the PC. If you ever got 3 high speed fans and turned them up to their maximum you may get the idea; I ... Read more

Hi you know me as scott, been playing xgames for awhile. Got tired and been here lot about this game. Steam had it on sale for like 20.00 and well as a cheap guy i finally got it. Took a few tries to figure it out. La d was the hardest but finally got it down i think. Any how I finally started to figure somethings out. Ut please offer any tips sugestion etc yawl feel I can use, which is any. I flying a fed dropship, before thag a asp exore cobra 3 viper ,adder eagel and of course a sidewinder. Want a pytbon gettingtherr. I am combat expert trader and scout in rating. Been here that resare good places to make cash . Have made ... Read more

I know its been awhile since my last Elite: Dangerous blog; back in September when I reached the combat rank of Elite. However its been relativity quiet in Elite for me. The reason is that ive been working on my trade-rank, which has you can imagine is a grind. For this ive been using one of two trade routes, either; Bestii to LTT 8517 or Karid to Orang - both routes have their advantages and disadvantages (the Karid being faster but with less profit, whilst the Bestii run being slower but makes more profit). Sometimes its worth switching between the two because other players ... Read more

Awhile back you may of read that I upgraded my PC from an 2600k to an 5820k. I looked seriously at the 6700k, but for me having 2 real extra cores was better (4x 4.2 vs 6x 3.6ghz). I dont know how things will go with gaming etc. but from past experience the extra cores tend to get used later on (and I do some encoding work from time to time). I also thought my 5820k will overclock (if need be), and ive reached 3.8ghz with 1.0v - I know thats not much of an overclock but I tend to want to keep the noise level low (1.0v is stock voltage). Higher voltages produce more heat and harder my AIO has to work to keep it cool, without louder fan noise. The H110i can get rid of it but ideally I want it to be very quiet. Im a bit of a silence freak to ... Read more

A little bit ago, a family member made a decision that they wanted to use a PC for next gen games instead of going down the console path (I think it was the right decision). This was influenced because their copy of Windows 7 couldnt be upgraded on their current pc (AMD X2 3800+), as the cpu didnt support CMPXCHG16B. So I did some research and found out that the cheapest I could put something together was around £400 mark (motherboard, cpu and ram). When comparing the stats to my 2600k (which is 4 years old), I saw only a 7% difference in performance (so pretty much getting something similar). So I started to wonder how much it would take to upgrade mine, so would also get an upgrade. Of-course I was more keen on this path (obvious ... Read more