I know its been awhile since my last Elite: Dangerous blog; back in September when I reached the combat rank of Elite. However its been relativity quiet in Elite for me. The reason is that ive been working on my trade-rank, which has you can imagine is a grind. For this ive been using one of two trade routes, either; Bestii to LTT 8517 or Karid to Orang - both routes have their advantages and disadvantages (the Karid being faster but with less profit, whilst the Bestii run being slower but makes more profit). Sometimes its worth switching between the two because other players ... Read more

For the past few days ive been working on my trade rank, seeing it was the 85%+ area. Trading isnt the most fun thing to do, but it brings in money which is always a good thing in Elite: Dangerous. Earlier, I knew I was getting close - as it said I was at 99%. However when I logged back in, I saw this; 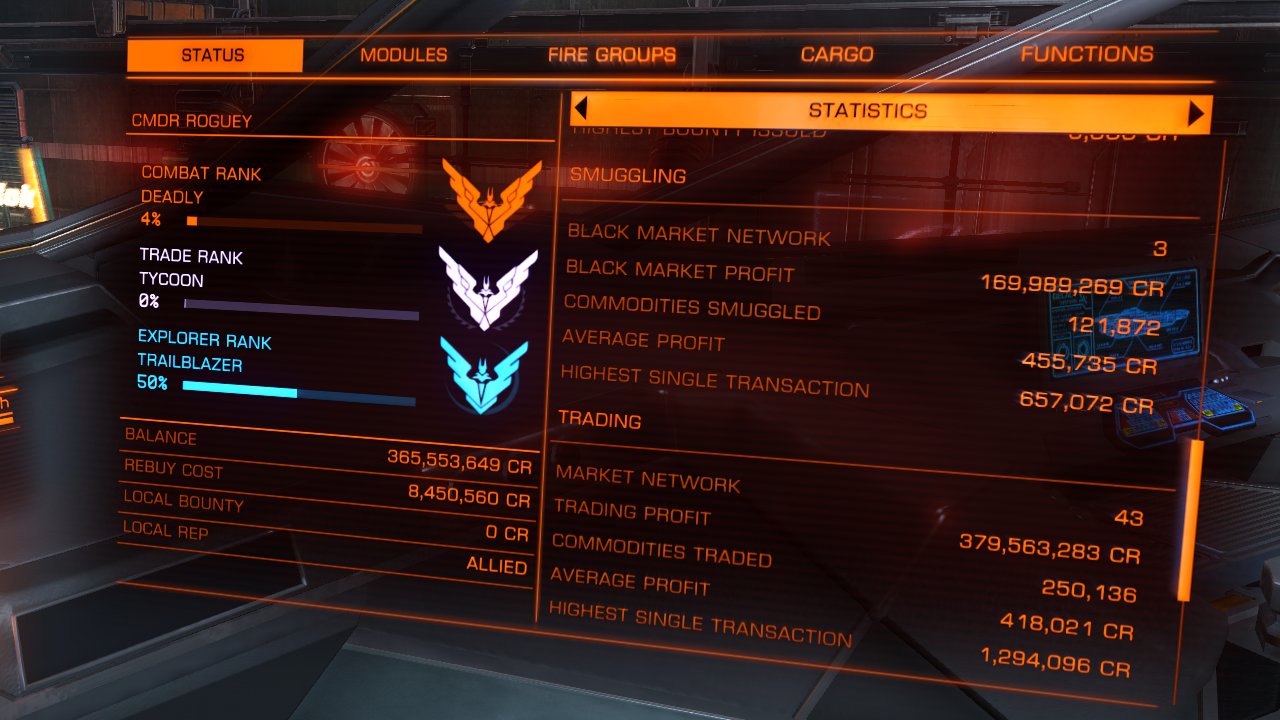 I was thinking that you needed 384/385 million profit, so I was expecting to do a few more runs to be honest.

Anyway, now begins the long road to Elite for two ranks - combat and trade. As you can see I made a little progress on the combat one. ... Read more


However before I ... Read more

Its been a long time since my last blog post on Elite: Dangerous. A lot has changed since - just recently Elite: Dangerous was updated to include powers. However v1.3 hasnt gone with fair share of problems too (some still needing fixing).

On and off ive been working on the combat rank - trying to progress. I got so fed up seeing Master - which felt lacking. Today - finally I managed to reach Dangerous.

I know there are commanders out there who have already reached Elite, but im just sharing my progress. I would like to reach Elite one day but I feel that's a long way off. Thanks for Shadowplay I have the moment recorded;

All names, logos, images and trademarks are the property of their respective owners. Website created, designed and coded by Roguey © 2019. Privacy policy.
This page loaded in 0.00394 seconds. If you like to help, please consider making donation.