It looks like Frontier have a few more things planned. The first being the ship transfer system. This will allow you to move your ships from another station. The service wont be free but I could see it being very useful to commanders with multi-able ships all dotted around the universe;


The next thing planned called multi-crew switching. This basically means you can either fly the main ship, or take over control of the ship-launched fighter; beware that your main ship will still be vulnerable. However with the AI piloting the other ship, it wont be a sitting duck. How good the fighter will be is remained to be seen but may be able to provide some kind-of of support to miners/traders.


And lastly, Frontier have teased use with a capital ship dock. Hopefully this might mean we will see more activity with capital ships; 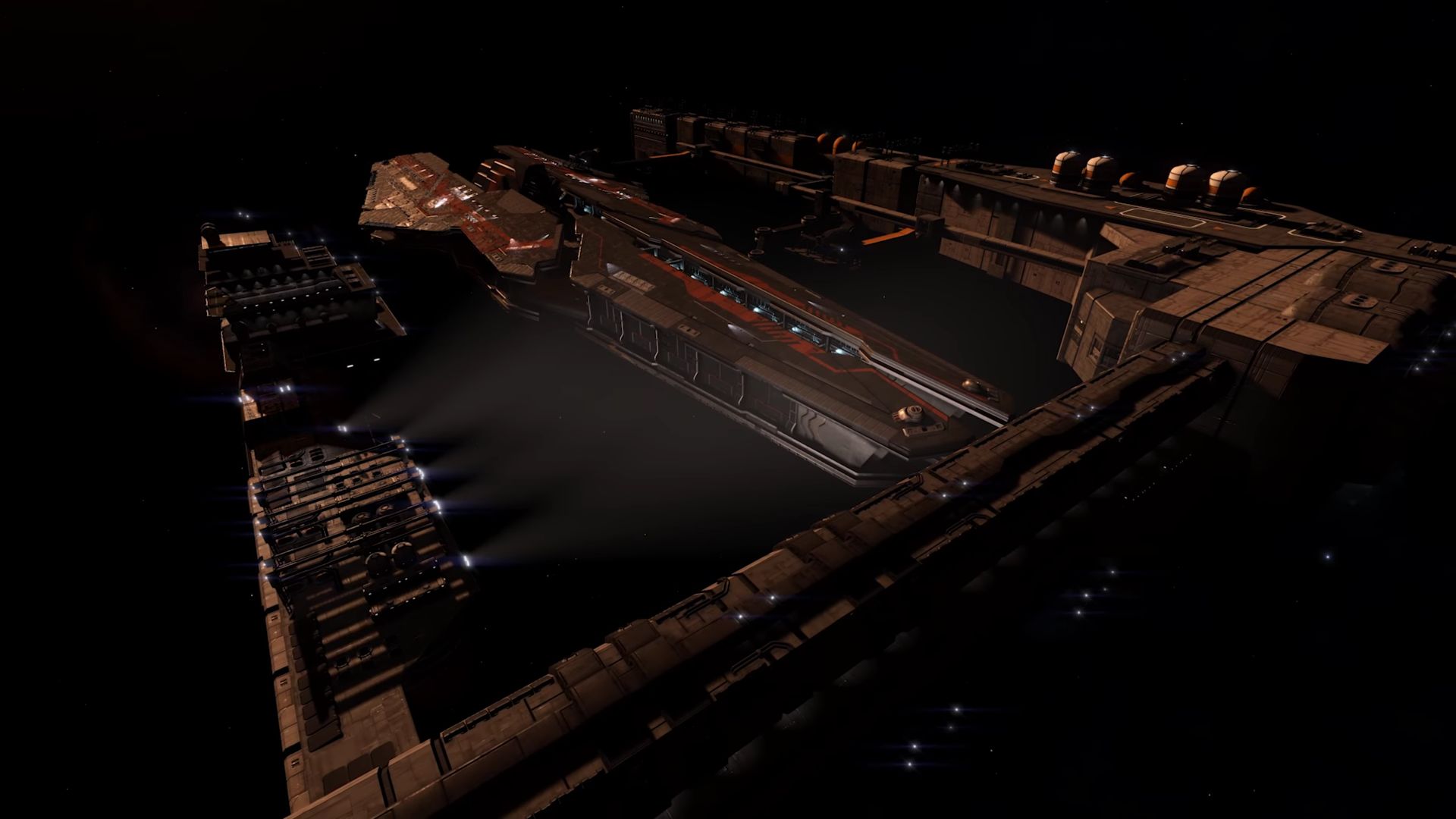 So it looks like v2.2 is going to be a huge update to the game; even the UI has been over-hauled too.

⇊ Load more comments ⇊
All names, logos, images and trademarks are the property of their respective owners. Website created, designed and coded by Roguey © 2019. Privacy policy.
This page loaded in 0.00122 seconds. If you like to help, please consider making donation.