What a year its been... 2013 been a busy time for many, from testing, gaming and coding. This year when seen some big releases in gaming such as Tomb Raider, Saints Row 4, Grand Theft Auto 5, Gran Turismo 6 and finally X-Rebirth.

Its a shame what as happened to X-Rebirth, from its big released to the back-lash from the community. I was kind-of expecting things to go like that, but I thought id try and help smooth things over by making guides and videos. I wasnt sure if it was just me who didnt 'get' the game. I dont know where Egosoft go from here, simply fixing bugs isnt going to change the basic game. According to them its took them 7 years to build, which makes me feel that it will probably take them a long time to improve the game (maybe im wrong), although money isnt endless. During the past few weeks I seen a massive drop in traffic; nearly back to what it was before XR release. I even increased the host-package to keep up with the extra load, but now we running within the old package.

This puts me in a uncertain position. I been long-term backer of the x-community from X2, but now it doesnt feel like things are too bright at the moment; Constant reviews hitting between 2 to 4 (out of 10), an angry community and staff being worried to post. I really hope egosoft havnt put X-Rebirth in the steam sale, as I can see another back-lash if so. I know I havnt helped at sometimes, and apologize for that. Now we getting on for 6 weeks later and not much as changed. Ive stopped posting on official boards and emailing - doesnt seem much point any-more. Most of ive posted seems to have disappeared into a black-hole.

This site will go on, where I dont know at the moment. I really hope this isnt the end of egosoft, but I wouldnt be surprised either. I know its not probably something you want to hear, but Ive always felt I should be honest and open with you guys. Hopefully you appreciate that.

So, from me personally; have a Happy christmas and a Happy new year! 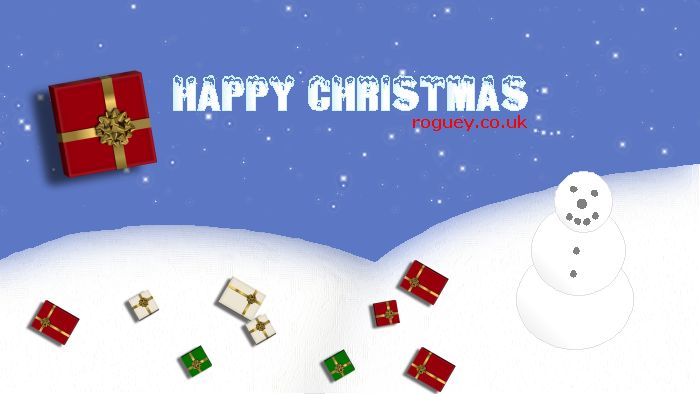 ⇊ Load more comments ⇊
All names, logos, images and trademarks are the property of their respective owners. Website created, designed and coded by Roguey © 2019. Privacy policy.
This page loaded in 0.00122 seconds. If you like to help, please consider making donation.