Your first response might be What the heck happened to the site?!, well during the past few weeks ive been working on a new design. Hopefully you like the new design, although please give it some time (human nature is to hate change). One of the things I wanted to do was to remove the double navigation bar. I felt this added confusion and wasnt very expandable (we were hitting the limits).

My next job was to build the site with one template. In the previous design, each site was a separate site (kind-of left over from the sub-domain era). This meant it was time consuming to update the over-al design. The new design allows me to change everything from one main template. This template has been expanded on by allowing certain pages to use the full width of the site. This is useful for the universe maps; making them much larger than before - so hopefully much easier to read. X3TC/AP maps (including the X3AP-Mod) now have asteroid search too (someone was asking me to add this awhile back). My aim was to try and make the site easier and clearer.

Along with the obvious design changes, there are a quite a few code changes (most of these you probably wont see). However these should make the site more secure and fix a few broken pages (quite a few on ammo). However during my update I lost the pictures from ammo (however I plan to change the uploader to allow bigger images).

Another thing I wanted to improve was user side-of-things. The little log-in box (at the top) wasnt very easy to understand or navigate. My home has received a major update too - with its custom nav-list. A couple of rewards have changed too - although I would like to add more. You will also see a few graphs around the site, giving you an idea on the amount of activity on things.

All this was only possible to a home-built Linux server that ive been working on. It took awhile to find the necessary components and understand how to build a LAMP server. However this allowed me to run a dummy version of the site, without affecting the online site. For anyone whos interested its an dual-core 3.2Ghz E6700, 640gb (2x320gb), 3Gb system; so easily enough to run the site. 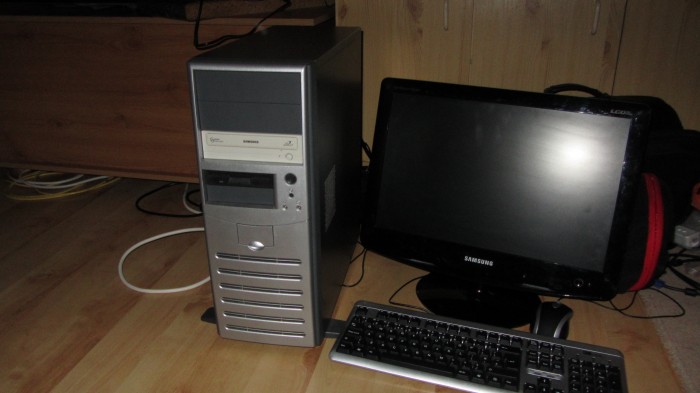 I am looking into the possibility of hosting the site at home (with this server). For me, it would be an great honour to host the site at my home, and would be a fully dedicated server. However this depends on a few things - so we have to see in the new year. However thats the plan for now.

⇊ Load more comments ⇊
All names, logos, images and trademarks are the property of their respective owners. Website created, designed and coded by Roguey © 2019. Privacy policy.
This page loaded in 0.00204 seconds. If you like to help, please consider making donation.