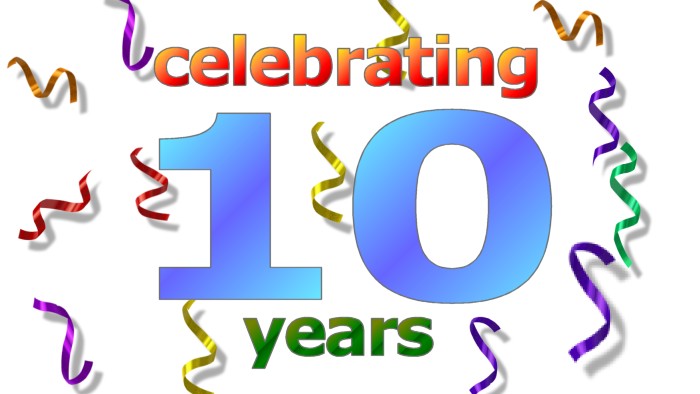 A long time ago... well, 10 years ago (to this day) this site started as single page on the Internet. The previous day I had been working on the design, trying to get it ready.

A long-time ago, I started out making personal page about gaming, offering downloads, advice and tips. The site was written in plain HTML, and didnt have any dynamic code. It was called simply; Lees site. This ran to 1999/2000, until the host went bust. At the time I didnt have any form of backup and lost the whole site.

After that I started working on another site for C&C: Tiberian Sun. This site had some basic information on the game, such as guides, advice and tips - nothing major. It was a step up from my first site but didnt really offer anything unique. After running that site for a little while, another game caught my eye " the Unreal series.

So I started another site called Unreal Ammo. This site was short-lived due to a lack of visitors. At the same time I was also writing a Quake 2 mod. This mod added bots to the game (coop and multi-player) - as online play wasnt really possible. I decided to nick Unreal Ammos design for the mod, a quick mock up. This was because I had asked PlanetQuake if they would be willing to host me, since I was working on a Quake2 mod. I was later approved and remember getting a large cheer from the guys at college. I worked on the mod for a while. I was even able to use it as part of my degree project. When I was doing my degree, I could pick either networking or websites. Oddly I decided to go for networking.

However by now, Quake2 was getting a bit old. The next big thing was coming - C&C Renegade. This was a bit of a risky move by the developers, as it was the first time a C&C game was in 3D. I used to play a lot of online play, and I started to make boink noises for it (its the noise you hear when you kill someone) and skins. These were placed on a new site called C&C: Renegade Ammo. I asked if PlanetCNC would host the site, and they agreed. This move allowed me to use PHP, which was the start of me creating dynamic pages (news systems, comments etc.) - a CMS system.

At this time Westwood got brought out by EA, and came-out with Generals. Once again I wanted to support it, so I created another site called General Ammo on my PlanetCNC web-space. I later got the idea to combine the two sites into one large site called C&C: Ammo.

The site grew over time, building up-to over 2,000 people a day (at that era there was less people online). Nearing the end of its life, I felt I had lost control of the site (being a bit immature). PlanetCNC redrew its hosting which killed the site â€“ it was such a big site that needed lots of space (hosting was much harder then). I think part of the reason why PlanetCNC did this was that the site started turn into PlanetCNC. 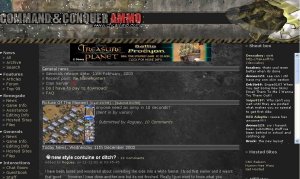 This knocked me back from doing websites for many years, as I continued gaming. This is when I came across a strange German developer who created this futuristic space-sim called X-Beyond The Frontier. For a long time space-sim games were kind-of dead. However there was some odd charm in the game so I started to follow the series.

I followed the series up-to X2 where I decided to support the game with a webpage. The idea was to offer my own tips, advice and mods. I was much more cautious than before, as didnt want to create a site that only lasted a few months. So around the start of December (2004) I started to create a design. This time I wanted the site to feel a bit more personal (a bit like my first site), so I called it after my internet nickname, Roguey. This was a new nickname, as I used to go by the name of Unreal99_1998 in Unreal Tournament (I used to be in one of the top assault clans). I also wanted it to be dynamic, so it was written in PHP.

28th June 2006
Web-host lost, without backup would of been end of site

31th October 2007
Moved away from free web-hosting onto a paid server,

20th December 2011
After moaning at Egosoft, im given a key for X3AP, and so the X3AP site is launched,

6th October 2012
Started to helped the X3AP community project (X3AP v3.0) by giving the team their own forum board,


To celebrate the 10 years I will be doing a competition (after Christmas). The plan is give-away a few games on Steam, probably in the form of a free-prize draw (like the one I did before). I have decided to do the give-away after Christmas because the Steams sale is due soon. At the moment all I have is one copy of Tomb Raider GOTY. I would like to give-away at-least 4 or 5 games for the competition.

⇊ Load more comments ⇊
All names, logos, images and trademarks are the property of their respective owners. Website created, designed and coded by Roguey © 2019. Privacy policy.
This page loaded in 0.00119 seconds. If you like to help, please consider making donation.