Looking around egosoft forum's you see a lot of people asking: What is the next big thng?.
Let me summarize what we know so far:

- Egosoft employees are restricted by a NDA to about releasing any real information,

- We are pretty sure that TNBT will be space game (although this isnt even confirmed),

- Egosoft said awhile ago there will be no more X-game, the super-box was to include the series. So it is unlikely to be a new X, like X4 (according to post awhile ago),

- We have no name to call it, apart from TNBT,

So not much really. We will know a lot more on the 28th April! 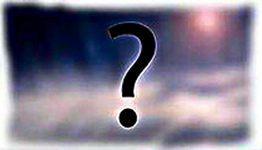 ⇊ Load more comments ⇊
All names, logos, images and trademarks are the property of their respective owners. Website created, designed and coded by Roguey © 2019. Privacy policy.
This page loaded in 0.00124 seconds. If you like to help, please consider making donation.