2 comments
Recently some really impressive models of the Red Alert Synergy mod for Red Alert 3 have been posted by SighNapse. And these models show off the latest creations and weapons of the mod like the new Genetic Mutator, Psychic Spire and more. Check out these two samples below. 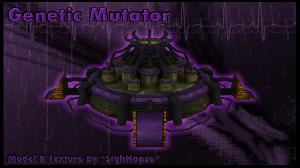 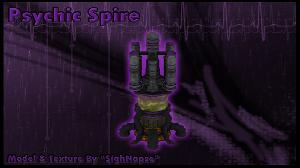 0 comments
New video of RA3: Unleashed mod has just been posted, showing off the new Chrono Transport units. This unit has the ability to carry men and uses chrono technology to deploy them onto the battle field, although it's a bit defenceless against troops but it has been armed with an anti air protectile energy weapon in return. Check it out.


You can find more info on their official website.

4 comments
New in game screen shots and concept of the Unleashed mod have been shown, featuring the new United Coalition Infantry Battle Vehicle (IBV) which has been desinged by James Richards. 0 comments
RA3: Paradox developers has just started a new mini mod for Red Alert 3. This mini mod will contain many new units, maps and more features too, as well as two of our minor factions, the valient ARVN and the tenacious Vietcong. 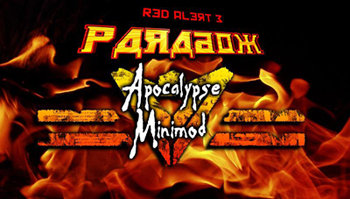 [*]A fully realized Minimod; no open beta here! Treads will turn, collapse models will burn, infantry will run, and all units will respond with unique voice overs.
[*]A new map, Welcome to 'Nam, playing a modified, Minor Faction-centric version of our Land Grab gametype, with unique props and foilage.
[*]Around 20 new units and structures, fully realized and detailed, from the bizarre Peacock Tank Destroyer to the terrifying Mammoth Tank.

All names, logos, images and trademarks are the property of their respective owners. Website created, designed and coded by Roguey © 2019. Privacy policy.
This page loaded in 0.004 seconds. If you like to help, please consider making donation.