Yesterday Frontier released footage of the SRV in-game, showing off what it can do. The SRV is modeled after our own Rovers, with 4 sets of tyres mounted on long suspension arms (2 sets on the front, one in the middle and 1 set at the rear). This allows the craft to deal with harsh terrain, otherwise impossible to cross with normal cars. The SRV also has a set of thrusters allowing it jump over obstacles or self-right itself encase you land up-side-down on some barren planet. 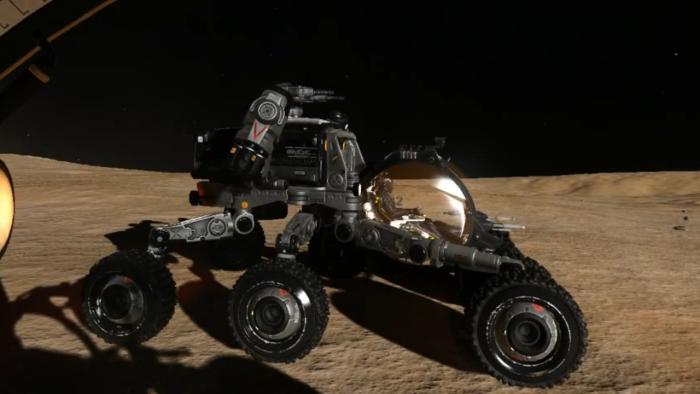 It is good to see the SRV in-game, as for awhile all we seen is alpha footage - which gave the impression that more development was required. In the video below you can see the SRV giving the nearby Cobra MkIII the order to leave the surface. I guess this makes your ship safe as you go explore the surface. I remember awhile back Frontier wasnt sure how to deal with the parked ship, as it becomes another target. One last thing I noticed when watching the video is that at the bottom right there is a indicator for boarding ships - could it be something similar to the x-series? I doubt its going to be a FPS section like Star-Citizen. However the option to board ships might be very interesting, something I didnt know about.


The SRV and planet landing will feature in Frontiers new expansion (Horizons) for Elite coming in the near-by holiday season - I guess probably means Christmas. Before Horizons we have the ship patch to look forward too (v1.5).

⇊ Load more comments ⇊
All names, logos, images and trademarks are the property of their respective owners. Website created, designed and coded by Roguey © 2019. Privacy policy.
This page loaded in 0.00125 seconds. If you like to help, please consider making donation.