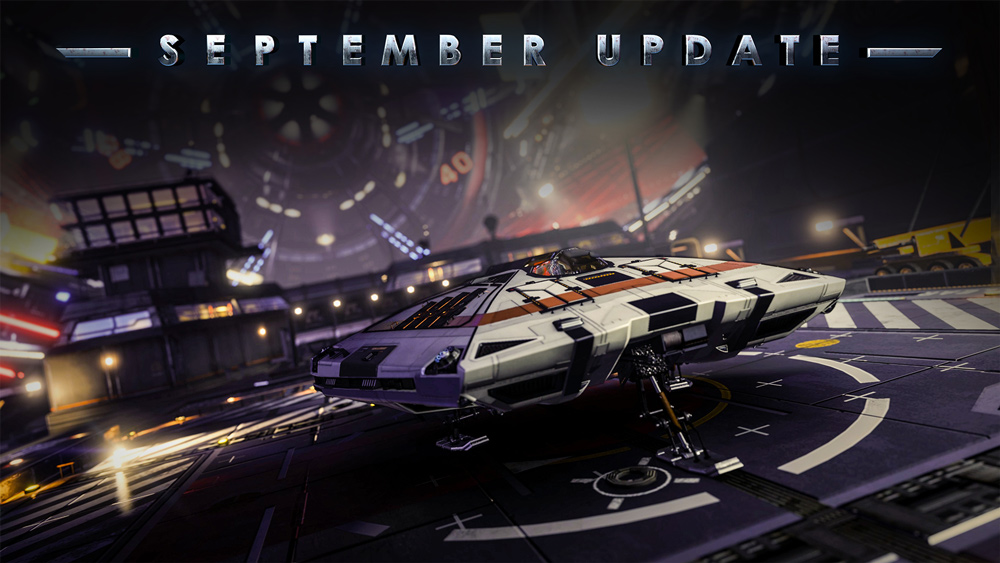 A couple of days ago, a new update rolled out for Elite Dangerous; entitled the September update. In this update we see 3 main things;

The first being a new starter experience - in the form of a fully voiced tutorial by the instructor Theo Arcosta. The tutorial explains the basics of the game including; basic flight controls, navigation, hyperspace travel and docking. This is a nice feature and should help new commanders get into the game. I do feel Elite can be very confusing for new commanders, and this should really help. I think Frontier should of gave us multi-able commanders saves, as they only way I can test the beginning of the game again is to either wipe my save (and loose all my progress), or buy another account. I would have probably created a video explaining the start of the game otherwise.

The second feature - a new livery system (ship appearance), allows you to change the appearance of your ship in the main menu. So no longer do you need to be docked at an station to change it. This will be welcomed news for any deep explorer, where there are no near-by stations. I feel this feature might be used by some, but isnt that required. I guess it depends how much you use the livery system.

And finally the third change - ARX. In the past the only way to get new paint-jobs, ship kits, bobbleheads etc. was to pay for them in the store, with real money. Instead, now commanders will will use in-game Virtual Currency called ARX. ARX can be either brought in the store (for real money), or earn in-game (up-to a maximum of 400 ARX a week);

This means commanders can now buy paint-jobs, ship kits, bobbleheads etc. without using real money. This is surely good news to some commanders, who have wanted certain items from the store, but didnt want to spend real money.

I am not a fan of the store but understand it supports the game. I do find it somewhat frustrating owning the Life Time Pass (LTP) but having to buy cosmetic items too. Originally the LTP was for a bunch of expansions, which seems unlikely now. I dont really understand what the Life Time Pass was for.

Anyway, if you have any thoughts or comments, please leave them below.

All names, logos, images and trademarks are the property of their respective owners. Website created, designed and coded by Roguey © 2019. Privacy policy.
This page loaded in 0.00135 seconds. If you like to help, please consider making donation.