Its a been awhile since the Fallout game, so when one is launched its a big deal. Fallout 4 is set in a post-apocalyptic city of Boston in the year 2287.

The story doesnt start there but on October 23, 2077 (before the Nuclear bombs fell). You find yourself living 2 bedroom house with your partner and baby. At this point can customize your character (male/female, skin, build, hair etc.). I was little disappointed in the choices of hair, but maybe thats just me.

Anyway, once you have customized your character, a vault representative turns up and asks you to fill-in some forms. When you have done that, things go to hell pretty quickly; so its time to head towards the vault. You will emerge 200+ years into the future, to find that the world has changed. This is when the real game begins, so I havnt spoiled anything for you. At this point you can decide what to do - continue the story line, go exploring or just do whatever you feel.

Fallout 4 has a massive area to explore, from small buildings to great giant multistorey towers. Even after 150+ hours im still finding new places. In this Fallout, Bethesda decided to ditch the boring gray / brown colour palette for a more colourful palette. I am glad they did, as this makes the game prettier. Now we have stars, blue-skys, weather effects etc. All of which is much better than the old gray/brown colour scheme we had before. The graphics could of been slightly better, but its that bigger of deal, gameplay matters most. 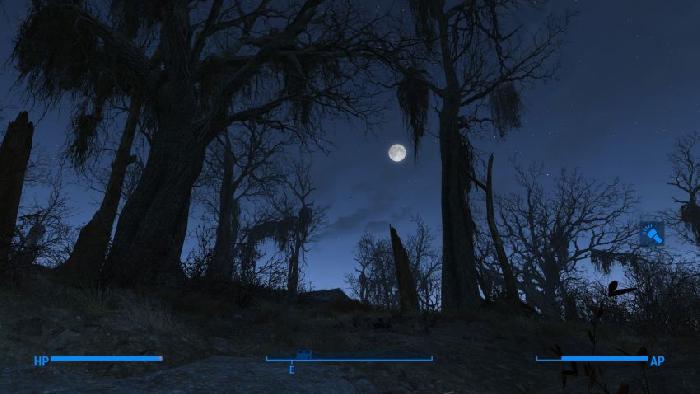 I am happy to say, I havnt found any serious technical problems like in the older titles. In the previous titles, it could run out of memory (specially on the console). However this time I played it on a fairly powerful PC.

Bethesda havnt just changed the graphics; there are a lot more changes under the hood. We still have VATS (a way of locking onto certain body parts), but this time it doesnt pause time completely, but slows down time. So now you have to react in a certain time, rather than getting a cup-of-tea and coming back. 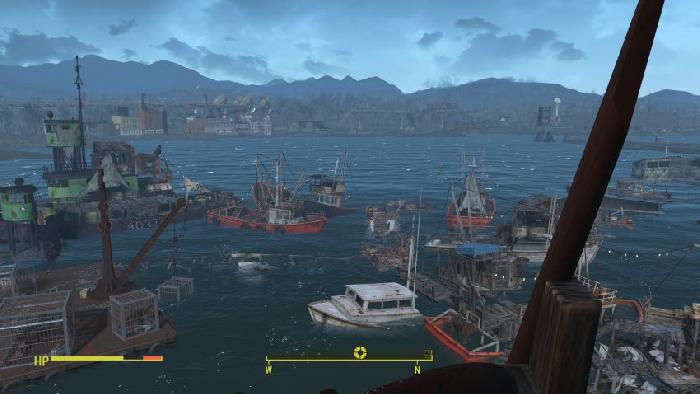 In the previous Fallout games you would come across junk items; items of no real use. However in Fallout 4 they put new mechanics to make use of these items. So now junk-items can be used to build settlements, customize weapons and upgrade armour. This can make you happy when you find a pencil, thinking what you can do with the wood it contains (sad I know).

Another introduction into the Fallout franchise is the ability to build settlements. At first I thought I wouldnt like the idea - seeing as the franchise was about surviving. However after spending a few hours building, I started to enjoy it. My only criticism with settlement building is the size meter (which limits your maximum settlement size). When I got into the swing, I wanted to build a massive tower but was stopped in my tracks because of the size limiter. I would of prefer less settlements but larger build size. I also found the types of build materials rather lacking; ie. we can only use wood or metal. 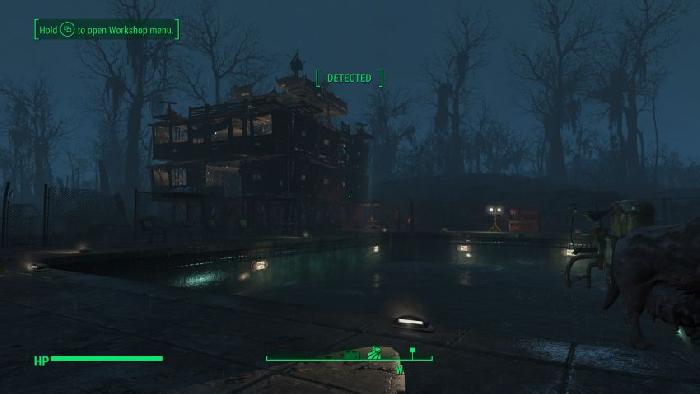 Junk items can also be used in weapon and/or armour crafting. So now you can now modify them to change/improve them. You may of found something pretty cool, just not quite with the right mod - now you can change that. This ability has to be unlocked by the perks system.

Another big change is the SPECIAL system - the perk system. In the previous games we were given a long list of perks we could select from. Now we have graphical guide showing us were we can and cant put points - its a lot clearer. The perks can make you feel a little over-powered over-time; doubling your weapon damage, removing radiation, health generation etc. The start of the game can feel hard, but after unlocking a few perks the game gets noticeably easier. I felt it got too easy and had to bump up the difficultly to counter all the perks I had.

The Karma system found in the previous releases has been removed too. I did feel it wasnt that useful, so removing it was probably a good idea. Charisma plays a more important role rather, trying to convince others.

Companions have also seen a big change. In the past they would follow you, and when killed would simply die forever. This is no longer the case, and they will get back up either when you give them a stimpak or after a set time. This is a welcomed change, as in the past they were a sort-of liability. I once was trying to get up a mountain in a previous game (somewhere I shouldnt of been), and my helper tried to follow. When I turned back to them, they fell off the cliff and died (without me noticing).

Radiation has also been changed. Its no longer separate measurement but instead reduces your maximum health. This still means you need to manage it and stay away from the radiation sources. However you're be taking on much more rads - which is easy remedy with Rad-Away or help from the various doctors. The perk system can even reduce or remove rads too. Generally you shouldnt have too much of a problem with rads. 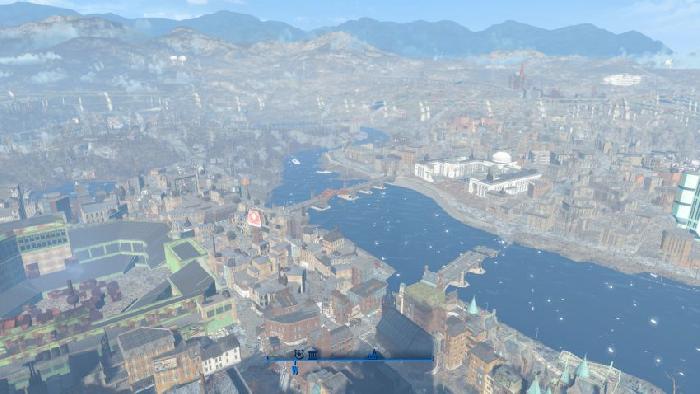 My only real bad points with the game is the lack of apparel/hair/build styles. For a game with a massive area to explore, it felt kind-of lacking when I kept finding the same apparel over and over. Clothing can not be customized ie. colour change (which I felt was a shame). I know you can modify clothing in another way, but it doesnt effect its look. I would also like to seen a larger list of build/hair unlocks too. I personally didnt like any of the female hair styles. I also felt that the power-armour was given way too early in the game, and should of been worked up-to.

So all in all, Fallout 4 is a very great game. Its easy to spend countless hours playing. I would of like to seen more variety in apparel, hair, more things to unlock and a much larger settlement build size, however generally most of the new changes make sense!

The good
The bad

⇊ Load more comments ⇊
All names, logos, images and trademarks are the property of their respective owners. Website created, designed and coded by Roguey © 2019. Privacy policy.
This page loaded in 0.0043 seconds. If you like to help, please consider making donation.