However before I reach Elite im expecting to reach Tycoon, as im around 80% rank at the moment. Tycoon is also one rank under Elite, but I know trading takes ages. For the moment ive been taking Imperial Slaves from Zelano, to LTT 911 (trade-run here which nets me around 2,800 per unit (although no return goods)). Another reason for this run is that my power (Denton Patreus) is nearby, actually this was the reason I picked him. 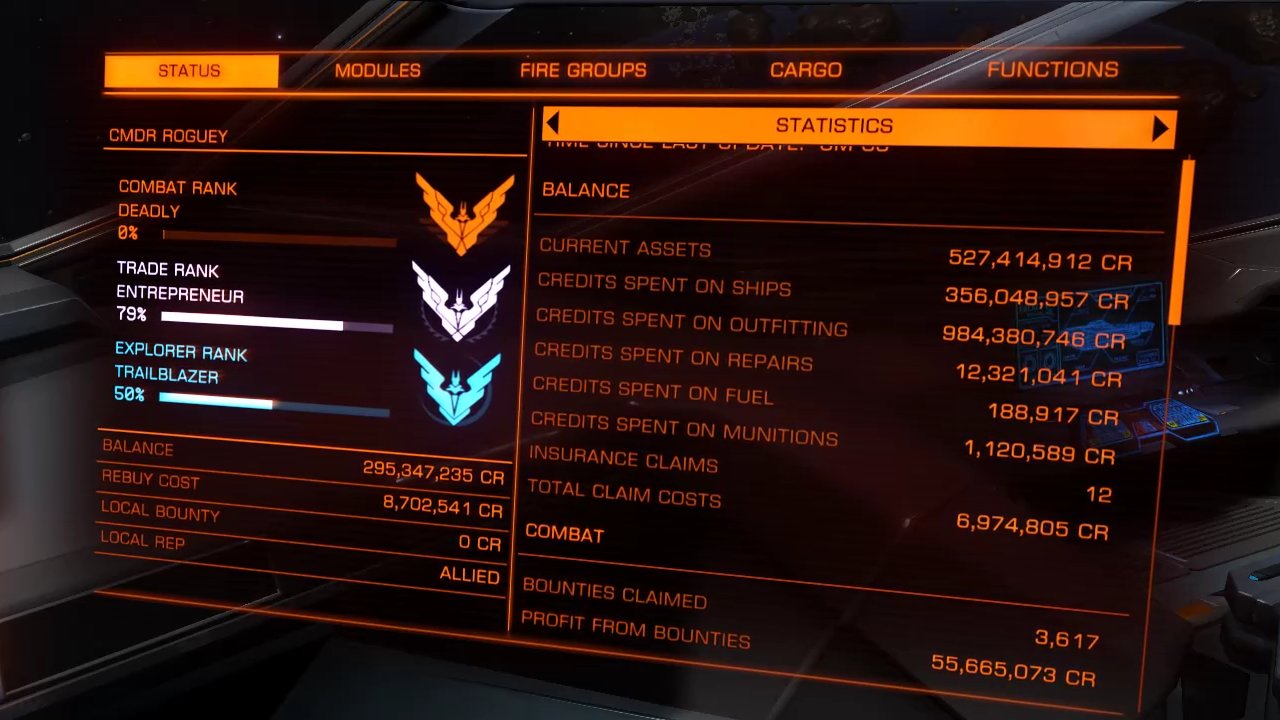 ps. I know im not the first to reach these ranks, however I like to document my progress and hope you like seeing it. Hopefully you found this blog interesting (especially nosing at my stats, although I do find it useful for myself).

⇊ Load more comments ⇊
All names, logos, images and trademarks are the property of their respective owners. Website created, designed and coded by Roguey © 2019. Privacy policy.
This page loaded in 0.00132 seconds. If you like to help, please consider making donation.