Upgrading the memory of a Acer E15

A week or so ago, I got a Acer E15. Everything seemed good apart from one thing for me - 4Gb of ram. I know 4Gb of ram isnt exactly low but for a system that uses the main memory for GPU memory too I thought it needed more (Windows/GPU probably want around a gigabyte each, not leaving much afterwards). I also noticed that the memory was running in single-channel, so just one 4Gb module (so there was speed bonuses too).

Usually the process of increasing an laptop's memory is a fairly easy process - simply remove the underside flaps and install the extra memory. However on this laptop Acer decided not to install flaps, meaning to get to the memory you had to dissemble the whole laptop. As you can imagine I was some what hesitant, however installing the extra ram would see around a 15% increase in CPU power, 25% in GPU and double the amount of ram.

Before starting I had a good look on the net and found a video showing how to take the laptop apart (shown here). This helped a lot, so started to remove all 18 screws and take out the DVD drive.

With the screws removed, it was time open up the PC by removing the keyboard section. I wasnt liking this part because it was all snappy-plastic clips (that usually break when opening). I had to be careful because around the mouse-pad, the bevel is very thin (meaning it could snap there). After much prizing, the keyboard section gave. So now I had to remove three ribbon cables - keyboard, mouse and power switch. With the keyboard section removed, I saw the following; 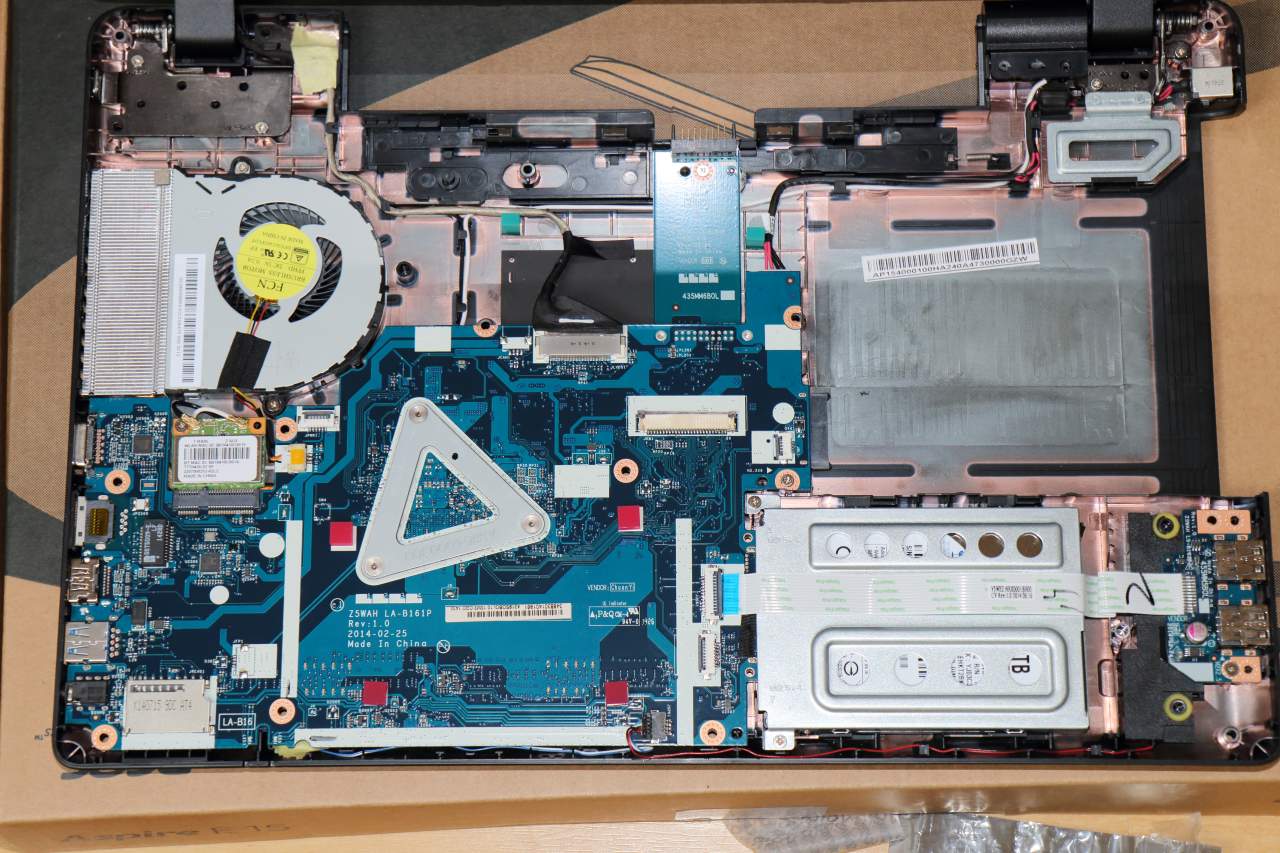 The next thing to do is to remove the motherboard. So to do this you have disconnect the WLAN card, cpu cooler, HDD, USB/Power cables and the display cable. Most of this was fairly easy, as there were only a few screws in the whole thing. You have to remove the CPU fan, because its very tight to get the motherboard out (plus you dont want to damage the heat-pipe). So now flipping the board over we can see the two memory modules slots: 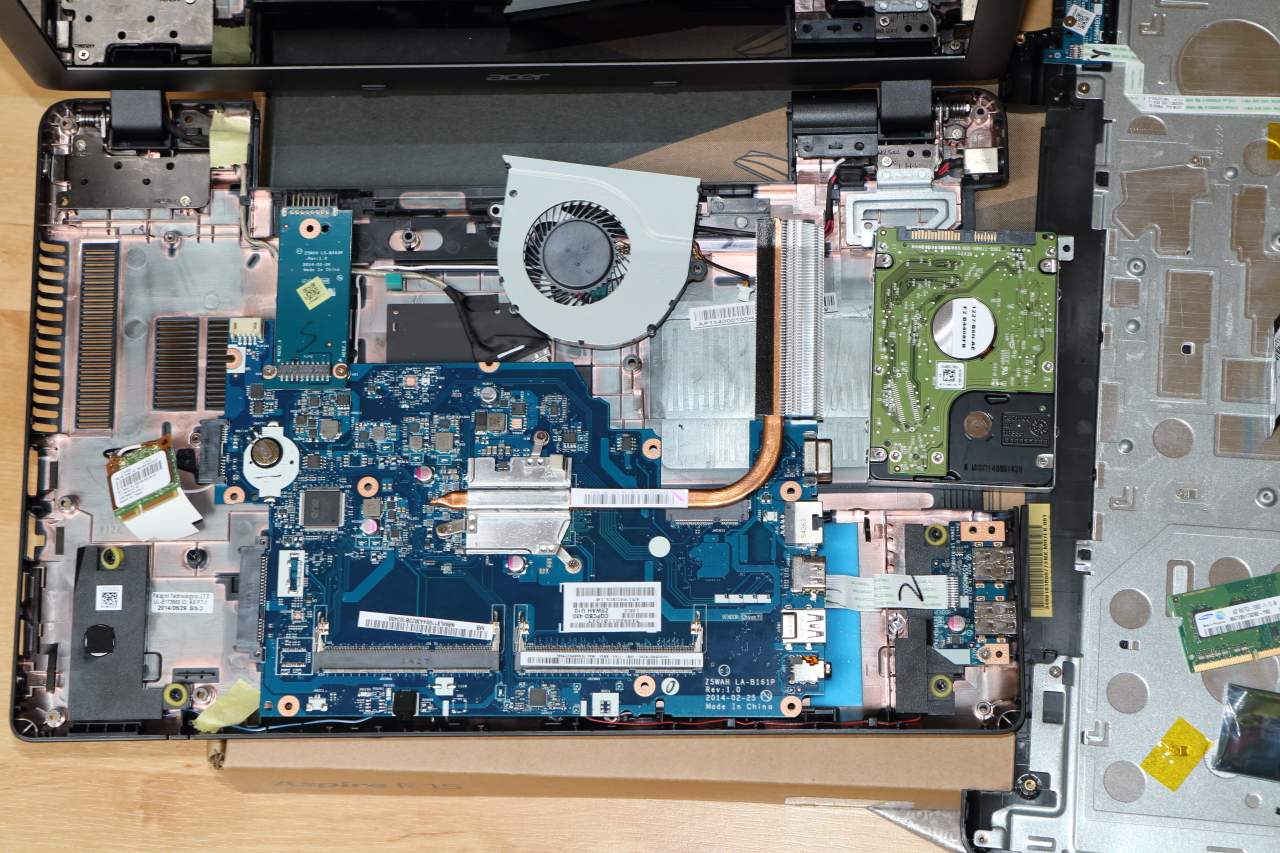 Now it was time to install the memory modules. Installing memory is easy - put in at an angle, then push down. With the memory installed it was time to put the motherboard back, and start plugging the cables in. The motherboard was only held by one screw - the other screw holes are for the 18 underside screws. There were just a couple more screws; two in the HDD, 2 in the CPU cooler, and one in the WLAN. After a little bit of time, it was coming back together. So the last thing to do was to put the keyboard back - the bit I wasnt looking forward too (because of the thin ribbon cables). However these seem to go in easier than I thought.

So with that done, it was time to check if the system recognized the extra ram. I tried to match the memory as closely as I could. I didnt want to buy a memory kit - as the 4Gb memory already in the laptop would of gone to waste. However it started first time and had no problem with the memory.

So with a successful memory upgrade all I had to do was to clip it together, then put the screws back in. Job done.

⇊ Load more comments ⇊
All names, logos, images and trademarks are the property of their respective owners. Website created, designed and coded by Roguey © 2019. Privacy policy.
This page loaded in 0.00141 seconds. If you like to help, please consider making donation.