A week or so ago I was looking through my pictures of my PC - sometimes I find it nice to see how its changed over the years. However, I noticed that I had the same case for well over 12 years now. The Thermaltake Xaser III V2000A had been a good case, housing 3 or 4 different PC's including my current one - a 2600k. Below is a picture from 2003, however I dont know how long I had it before. This was great for awhile and lasting me a couple of years. Computer tech used to change a lot faster then, every few months there was something new. So around in 2005 I switched from a single core cpu, to an AMD X2 3800+. I had the choice between a faster single core cpu, or a slower dual core. I opted for the dual core hoping to overlock it to the single core speed. So I installed a larger than normal heatsink and cooler (in the same case); I was fortunate and found that my CPU and found that my cpu easily overclocked to the single-core performance with less voltage than stock. So for long while I stuck with a AMD X2. This lasted 5 years, and now my PC was starting to struggle with modern games. So I got some money together and built a new system (in 2011). This is my current PC - my Intel I7 2600k, 16GB DDR3, MSi 670/680 (swapped later on, as my 670 died), and built in within the same case again; A few months ago, Sinxar posted about his new PC build (shown here) on the forums. I like how the cables were hidden, the better air-flow and the overall look. So I started to look for another case - seeing ive been with my current one for over 12 years! I know that changing the case isnt going to mean my system is any faster, but when you been with the same one for so long, I wanted something different. After a lot of looking around I decided on a Corsair Obsidian 450D. It took me a few hours to moving the system however I wasnt totally happy with the PSU. The non-modular PSU made a bit of a mess with cables. So the following day I got another PSU; 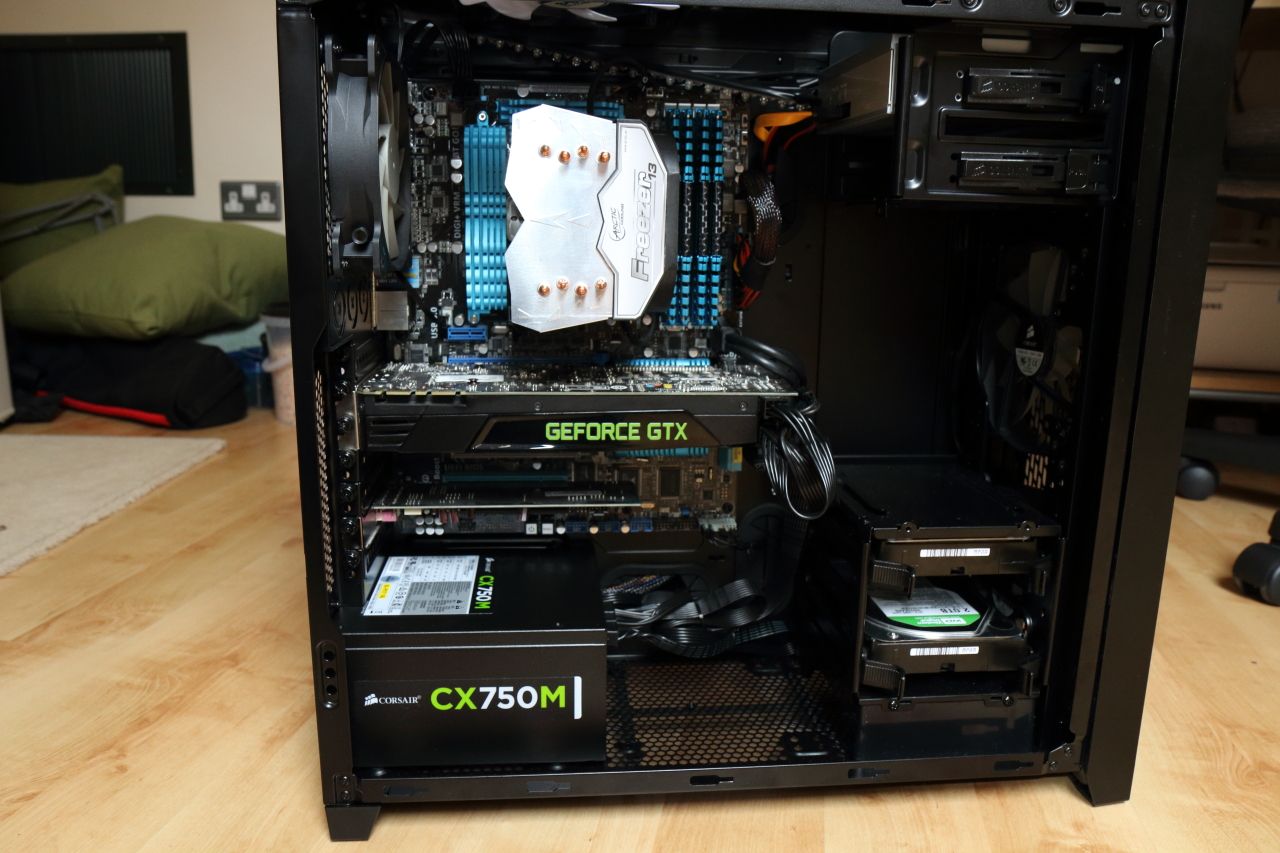 To me this is lot neater, and allows for much better airflow. I have also managed to switch from the smaller 80mm fans, to 120/140mm - which are a lot more quieter. My PC used to be quite noisy at times. Overall im happy with the new case, I feel its made things a lot better. I did create a youtube video showing the moving process;


Thanks guys for reading;

⇊ Load more comments ⇊
All names, logos, images and trademarks are the property of their respective owners. Website created, designed and coded by Roguey © 2019. Privacy policy.
This page loaded in 0.00162 seconds. If you like to help, please consider making donation.