- One with small ships (Eagles, Cobras, Diamondback's),
- Another with big ships (Imperial Clippers, Vultures, Dropships),
- Or a mixture of both,

I thought fastest way of pushing up my rank was to search for an instance with big ships, with high rank. However after a bit of time learnt both big/small spawns have various advantages;

To push up your combat rank, the most important thing is the rank of the other ship. It is better to face 3x Deadly Eagles, than it is to fight 3x Master Dropships. However the larger ship spawn is better for money, as you can earn up-to 230,000cr per kill.

If youre looking to push up your combat rank (like I was), it is better to kill the pirates at start of an instance then make another game. This way you dont need to wait for them to come to you.

However, it still took me awhile, but I have finally reached the combat rank of Elite; 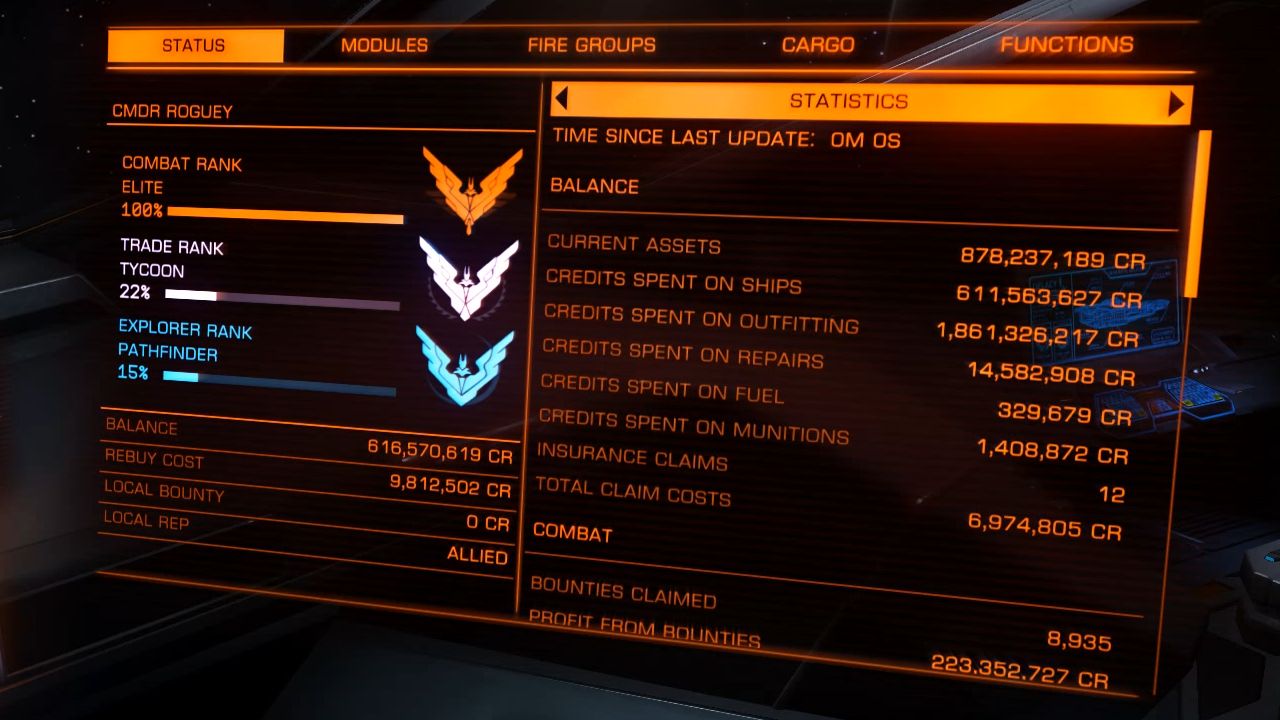 I also wanted to captured this moment, so I also posted it on youtube - showing my promotion. I did think it might give others some ideas.


So now I dont have to farm RES sites ever again - yay!

All names, logos, images and trademarks are the property of their respective owners. Website created, designed and coded by Roguey © 2019. Privacy policy.
This page loaded in 0.00135 seconds. If you like to help, please consider making donation.