The first of the two - Pascal came out just over a month ago. I was excited at first - as I thought the new architecture should be a huge leap forward. We been stuck on a 28nm manufacturing process for long time - which has made some gpu's get pretty big (and costly to make). So with nvidia new 16nm manufacturing process; the chip could be much smaller, faster and maybe even a lower price. So after nvidia press event, I saw an MRRP of $699. Id hope this would translate into around £400 (UK pound). Sadly this wasnt the case, and the dollar sign was pretty much swapped for the pound sign. I did check a lot of benchmarks - the 1080 did offer more performance but at an higher price (£650). Basically rather than drop the old-line of gpus, nvidia priced them above. For me this made them too expensive, seeing that one card wouldnt be able to deal with 4k@60fps (so 1080 in SLI - which would set me back over £1,300!). I did hear about the 1080 thermal throttling back to its base-clock after 10mins (not sure how true that is).

I was also keeping an eye-out for Polaris - it didnt bode well hearing that it was aimed at the main-stream (not the high-end). In my case I was looking for an 4k solution. Polaris is based on a smaller 14nm process, so I was expecting to see Polaris around the same performance level (seeing as both gpus are based on a new manufacturing process). I felt that AMD has been the under-dog for far too long, so it would be good to see some healthy competition once again. However after seeing benchmarks of Polaris, it didnt look good. It suggests that the new RX 480 is around the same (if not slightly better) than nvidia 970. Not that is a bad thing at all, but made me feel disappointed. I knew price was key for AMD and to be fair I think they priced the cards at the right (its a 1080/1440 card). Hopefully AMD can claw back some of the market.

My last idea was to look at SLI with my existing 980ti. I normally dont do SLI, as when I need more gpu power, there is something on the market. 4k is an up and coming thing, and at this stage there is no single card solution for it. I am sure nvidia has a 1080ti ready but wont launch it until AMD release their Vegas chip at the start of next year (2017). Nvidia also cut the price of 980ti - I guess to clear stock? or make it fairer priced? I did look at the 1070 (which offered an extra 2gb of vram - useful) but two of them would be still more expensive. So Thursday I placed an order of another 980ti and a bigger PSU (Seasonic was a bit too close to the margin); 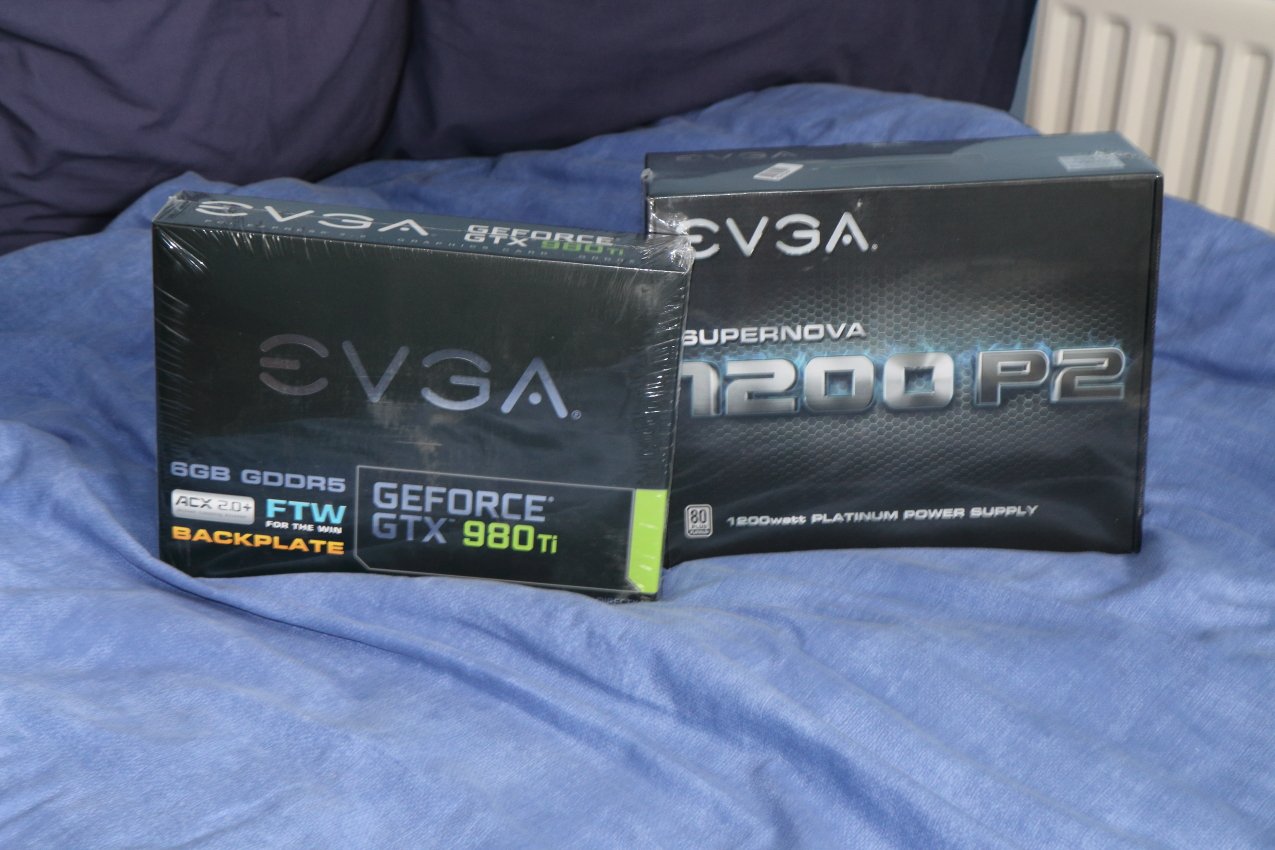 Replacing a PSU isnt a quick job (as some of you may know). The PSU is kind-of the heart of the PC, supplying power to everything inside the pc. This time I went for an EVGA T2 1200w - which I know is a bit of over-kill, but after my Seasonic was short of 100w, I didnt want to have to replace it in-the future again. Anyway, after a couple of hours (I took my time and space is limited atm - I am still in my bedroom), everything went okay; 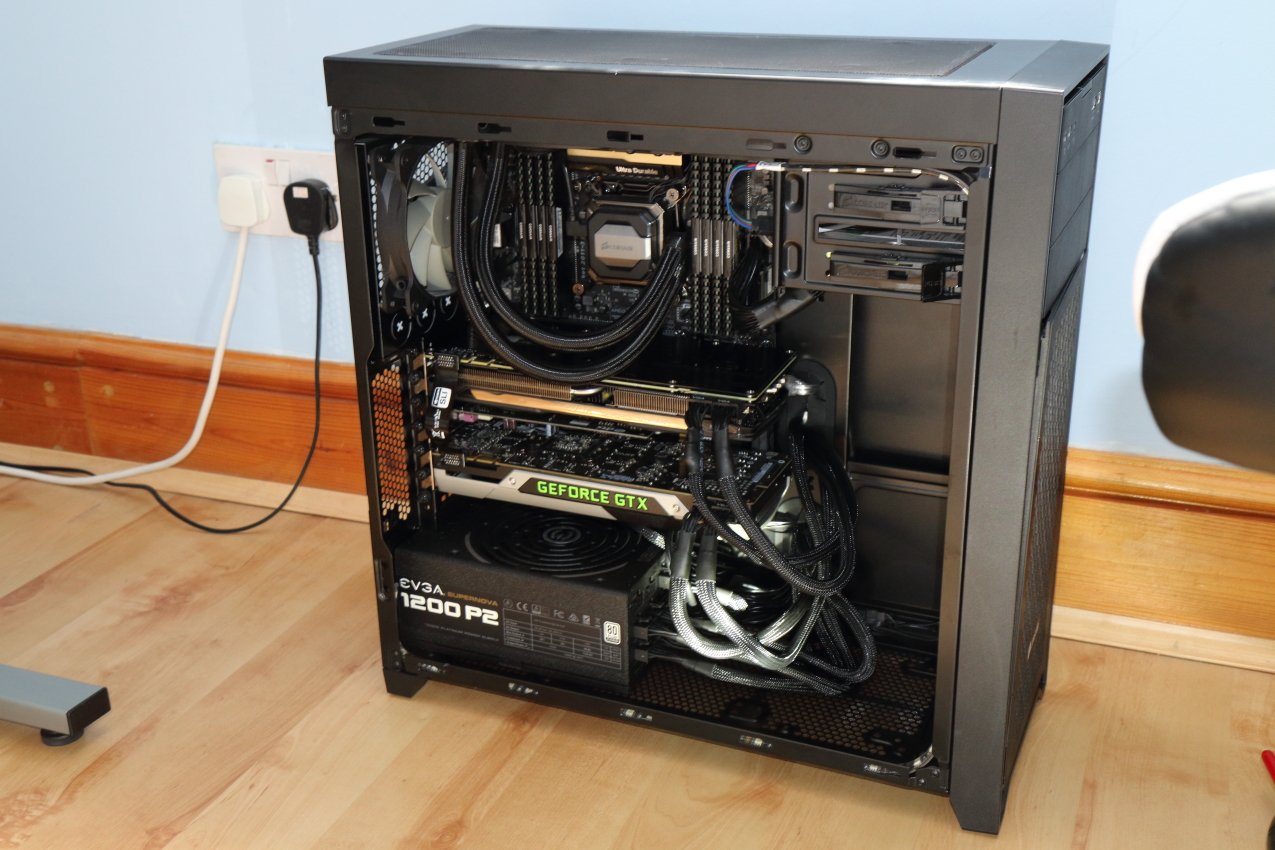 Changing the PSU and adding a second 980ti was cheaper for me than a single 1080. I am sure the 1080 will become cheaper in the future, but I figured that will be when the 1080ti comes out. Hopefully ive done the right decision - I guess time will tell. I figured if the 1080ti/vega chips do come out in the new year, I could look at one of those to replace my SLI (if I have that bad of experience with it).

⇊ Load more comments ⇊
All names, logos, images and trademarks are the property of their respective owners. Website created, designed and coded by Roguey © 2019. Privacy policy.
This page loaded in 0.00133 seconds. If you like to help, please consider making donation.