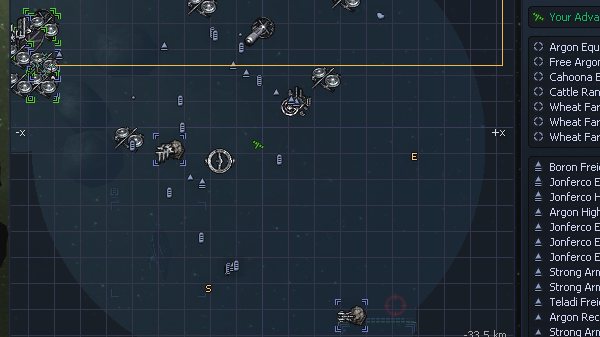 The only race that sells them are the Paranid who I was trying to keep an enemy (started with the Bankrupt assassin). However this meant I had to be nice to them, so I could buy a couple of tractor beams. This was done with a few fight missions. Soon as I could I got myself some tractor beams for my Dragon M6.

Then what was left to do was to drag both mines close enough to my complex, so I could join them on. I felt sorry for my Dragon dragging a great big station behind it: 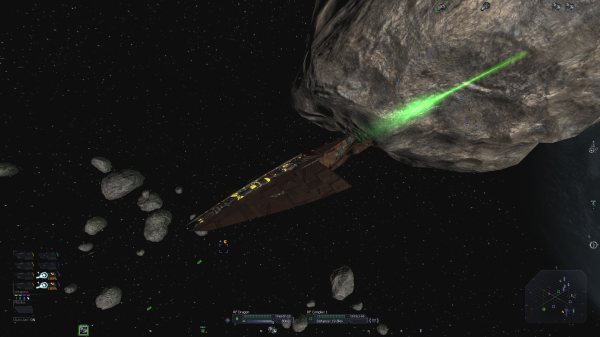 After both stations where dragged close enough, they were joined onto the main complex with two more complex construction kits, to make a compete complex. Oh, btw wheat isnt selling very well now - getting loads of it stockpiling.

The last stage was to kick start the complex with some Energy cells (700'ish). To do this I had to stop production at a few of the stations (because resources where limited). 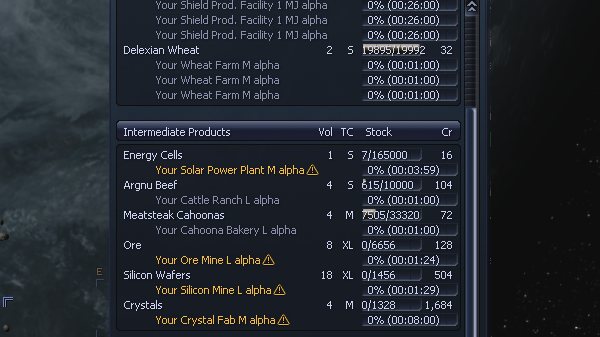 It was just enough to get the complex working, slowly toggling on stations the complex started to become alive.

I am noticing 1MJ shields are still selling well around Argon Prime in X3TC - okay my complex is in Three worlds, but that still Argon space.

Hopefully now ill be able to get some cash up and get myself a bigger ship soon.