I was floating around Terran space when I noticed the Terran TL - Atmospheric Lifter. It has no guns but 80,000 cargo size, 20k more than the next biggest the Argon Mammoth! This would be great for complex building.

At first I tried to chase after one in my Split Cobra, however the Terran TL has a slightly higher top speed - I couldnt keep up. I noticed the ship travels to the planet (around 450km from the first location), disappears, then a few moments later reappears at around 110km - heading towards the USC Orbital Supply Base.

So the Terran TL starts from 100km'ish away from the USC Orbital Supply Base, then travels to the base, stops, sends out drones, then flies to the planet (450km) then re-starts.

So once the ship has reached the base and sends out its drones, this is the prefect time to board the ship - its a sitting duck, waiting to be claimed by you.

So the first bit it to bring down the shields then hold them down to 1-5%. Many of the Atmospheric Lifters have only around 125MJ worth of shield, which will regenerates very quickly. In boarding ships, you must keep the shields down to 1-5% for the marines until they reach deck 1. I tried a few things, in-which I found a nice little solution: A single phased repeater gun in a turret can hold the shields down long enough for your boarding pods to get to deck 1. If you got another ship, you can park it near the TL (within the 2km range of the PRG), then give its turret (with a single PRG) to attack all enemies. Your other ship will then hold the shields for you once the ship goes hostile from you attacking it. All you need to do is to bring the shields down yourself.

Once your marines get past hull and onto deck 1, you can then cancel the PRG attack and let your marines do their bit. I went a little mad - gonna have to repair my Terran rep with a few kill mission me thinks: 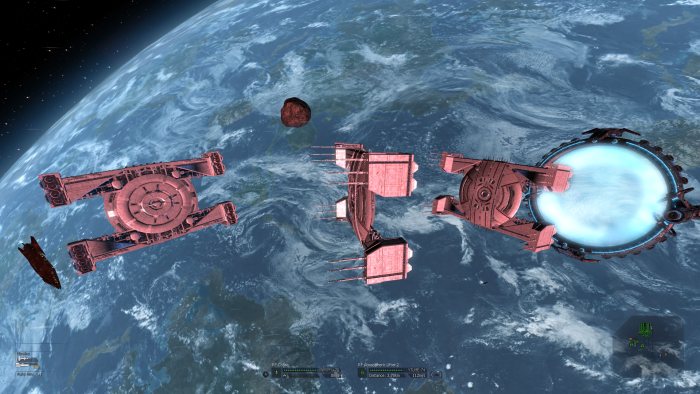