A while back I started X3AP on the Terran Commander start. Since then Ive been exploring and looking for ways to make money. I have made some money, so I started looking at building my first complex in X3AP. However there isnt many safe areas - apart from inner-most Terran sectors. I plan to write a small guide for this start sometime soon, as its a hard start.

In this start there isnt many TL's ships floating around, so I had to buy my own - A Paranid Hercules (a nice and cheap TL that is a great work-horse). You can indeed buy stations from the Terran shipyards, and deploy them.

I took a quick look around, and Megnir took my eye. Its got it own shipyard and some great rocks to place a few mines on. The sector itself seem fairly safe too, no big ships but no enemy spawns there. So I built 2 silicon mines (both L's - M mines are not worthwhile!).

Now my money was down, however a few kill missions later I made to get a enough for a L sized power plant. It built fine, however I had a problem when linking the stations together...

Atm there is a bug with Terran Complex construction kits, however non-Terran kits work fine. The bug is that when you got to link two stations, it doesnt play the little cut scene, nor is the stations linked. However quick jump to a Paranid shipyard, and all 3 stations are now linked: 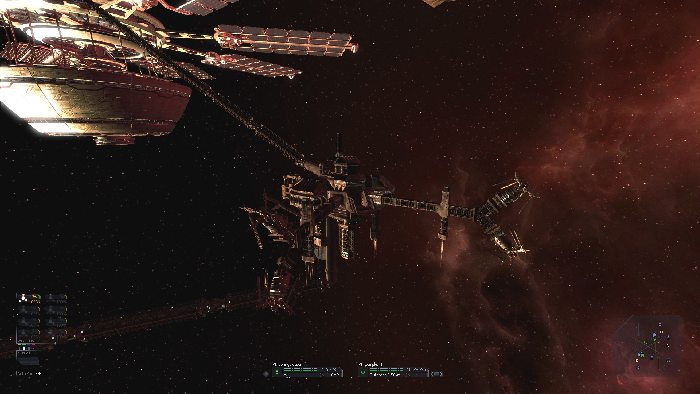 I know its not much, however its the start of my self sufficient complex.

⇊ Load more comments ⇊
All names, logos, images and trademarks are the property of their respective owners. Website created, designed and coded by Roguey © 2019. Privacy policy.
This page loaded in 0.00149 seconds. If you like to help, please consider making donation.