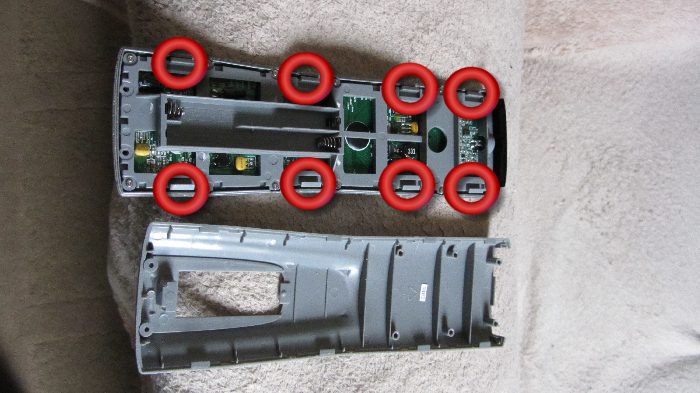 This is quite hard to undo as each clip pretty hard to unleash. You also have to careful has the screw-driver could slip or mark the side of the remote. It took a while but in the end I got it undone. The next bit was easy, simply undoing the screws, so the front part of the remote comes away: 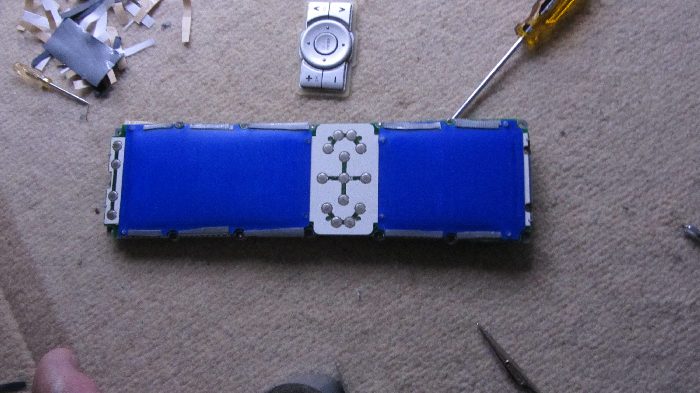 The lights dont work because some liquid got in-between the PCB and the plastic light panel; breaking the electrical contacts. The only way to fix this is by replacing the tape with special tape. 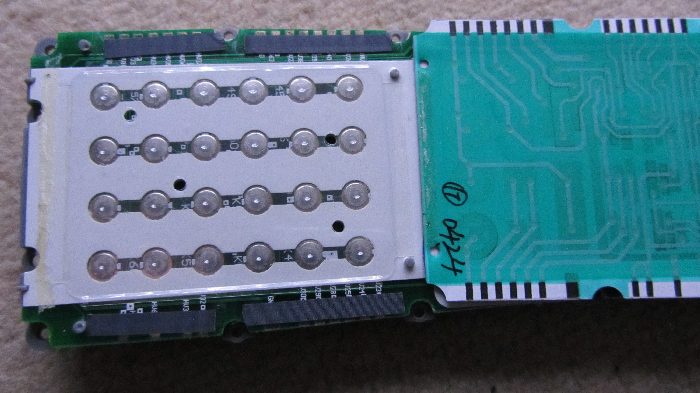 I used 3M 9703 Z-Axis Conductive Tape (from a eBay seller #250923556603). The tape wasnt has thick as the Denon stuff (the grey strips in the above picture), but if carefully layered became thick enough. This tape is special as it conducts electricity only in one direction.

Once all tape is replaced, its a case of putting the remote together again. After-which: 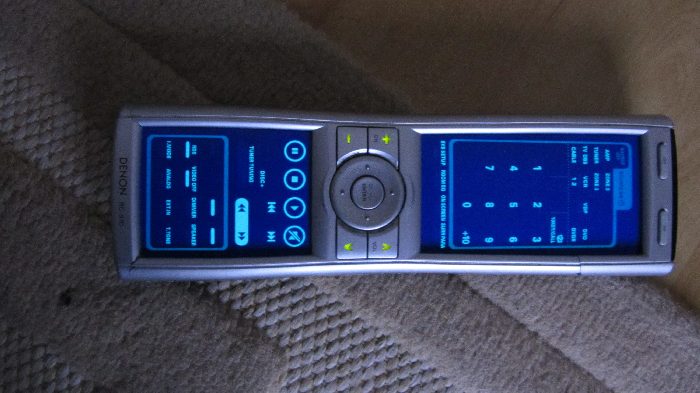 Before I started all the lights of the remote were out, but now most are working again. I guess I should be more careful with this remote in the future.

⇊ Load more comments ⇊
All names, logos, images and trademarks are the property of their respective owners. Website created, designed and coded by Roguey © 2019. Privacy policy.
This page loaded in 0.0007 seconds. If you like to help, please consider making donation.