Today I have been reading up on the changes in the next patch, v2.0 which is going to change the game majorly. This is free patch will change the gameplay, skills, items and more. You may wonder why go to all the effort of changing the game now? Well, it's in preparation of the new add-on; Reaper of souls (due later) – if you havnt heard about it (but im sure you have).

So you might be wondering what has changed exactly? Well on the official site, you can find the patch changes here. In summary, most characters have had changes the most noticeable ones being that both the wizard critical mass build and the infinite fury whirlwind builds are no longer possible (due to changes). For some this will come as welcome news, whilst others will hate the new decisions. Myself I am not keen seeing things removed - I know the CM builds were very powerful / popular. Ive been using a CM build a lot myself recently. So I thought it was a go on the public testing realm (PTR) and try out it.

The first thing which hit me was all the changes to the user-interface. Some things have been moved around, whilst others like the difficultly settings have changed completely. There is no longer a normal, nightmare, hell and inferno modes but Normal, Hard, Expert, Master and Torment (1 to 6); and Monster-power is gone. For many, this is bound to be confusing at first. These difficultly-levels will vary the strength of the monsters, whilst scaling to your level. Potentially this makes the game much shorter, saving players from going around the game 4 times.


One good addition to the game is guilds. You can now join a guild and talk to other members, something which was missing in the original release. Joining a guild should make it easier to find other people to play with, as your only option before was your friend's list.

So let's look at the loot-system now (one of the most important things in the game). In previous versions, you had a warm-up (as such) where you killed 5 elite monsters to gain the maximum nephalem valor bonus. This meant you gained a large boost to your magical find (75%) and usually meant better rewards. This meant players felt had to stick-around (to me this was a good idea), however in v2.0 the whole nephalem valor perk has been removed. This can make the game feel a bit more drop-in/drop-out as players won't feel committed in staying in 'slow' games. The new loot system also states that items will be tailored to your character, rather than being random. Again.. This has two sides to it; one its good that items will be for your character but equally could mean its difficult to find stuff for other classes. With the removal of the auction site, it's going to make trading of them 'good but not for me' items near impossible. The system promises to drop less junk. Once again this as two sides to it; its nice to know there is stuff dropping but equally better quality items would be nice (99% of the stuff was just rubbish).

So, the next thing after the loot-system is magical-find. In the Diablo series magical find is very important, improving your chances of getting something good. Paragon levels were added later, allowing players something to work towards after level 60; a way of increasing damage and allowing players to remove magical find equipment. Each paragon level added a small amount of magical-find, and meant in the long-term you could remove all your magical find-equipment. Now in v2.0 Paragon levels have changed completely. Firstly Paragon levels are account bound rather than per character. However they no longer add magical find, but Paragon points. These points can be spent like skill-points, into certain things like improving your health, armour or movement speed etc. This is a great way of being able to change your character finally… however this could mean the game forces you to grind endless paragon levels (since they are unlimited now). You will also see a massive drop in magical-find (forcing you to re-use your magical-find equipment) because the Paragon levels don't really help with magical find any-more (apart from one paragon skill type). 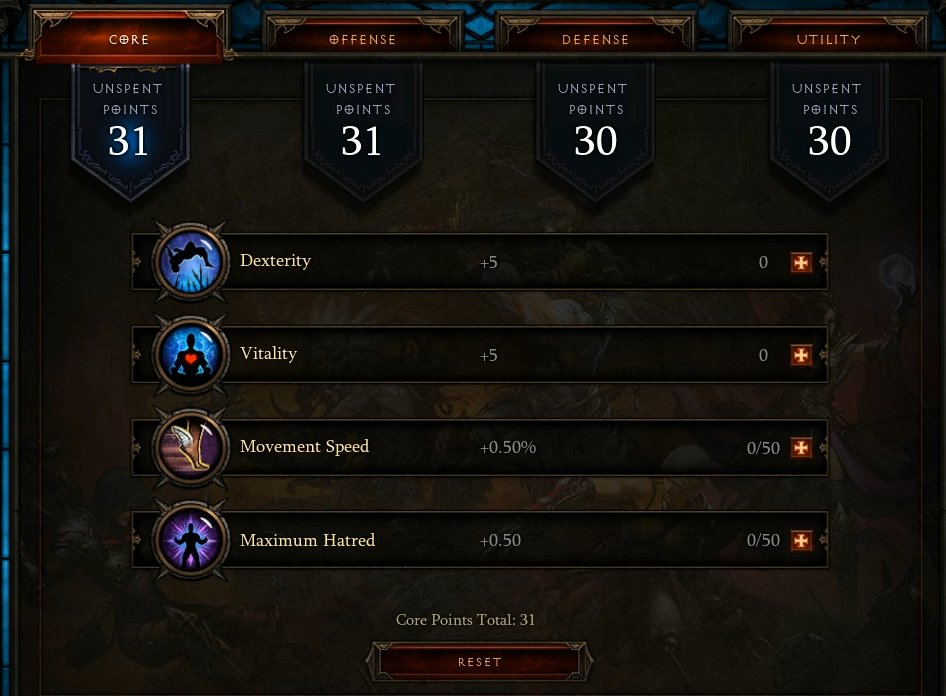 So next, how does combat fair? Well, first glance with my Demon Hunter is that the life-steal property has been reduced greatly. In pre-v2.0 I could usually leech enough life from Shadow-power without any extra runes. Now in v2.0 (with the Blood-rune selected) I struggle to get enough health to come in. However this is a fairly common thing, forcing players to focus more on defence than attack. So you will probably see a lot more deaths in Diablo. It's a nice touch you can resurrect at corpse now, but once again this can make team-play less important (why wait for someone to resurrect you, when you can yourself).


To me, these changes feel the game now been optimized for drop-in/drop-out game-play, rather than long term players. Its nice there is a new gem class (Diamond), but I would of preferred the return of rune-words. Maybe I could change my mind over a longer period of time, but there doesn't feel much pull any-more (especially knowing all your level 63 items will be classed as junk when reaper of souls hits). It feels to me that the grind-feast has been extended rather than improve the over-al structure of the game. Maybe things will change between public release?

⇊ Load more comments ⇊
All names, logos, images and trademarks are the property of their respective owners. Website created, designed and coded by Roguey © 2019. Privacy policy.
This page loaded in 0.00166 seconds. If you like to help, please consider making donation.