During the past few days ive been playing Elite: Dangerous. The main reason for getting back into it, was that Frontier decided not to wipe our progress at launch. The past our progress has be wiped at very major version.

So instead of opting for the trade route (easiest and safest way), I went down the combat path - praying on wanted ships. I started with a Sidewinder, installing one pulse laser and one multi-cannon when I could. This did okay but I was looking for something better. At this point I was scouting around looking for wanted ships everywhere.

Being a alpha/beta backer I noticed we get a free eagle - dubed as a freeagle by some. At first I was a little apprehensive of the Eagle because on paper it didnt look much better - although the extra gun (1 top, 2 lower) might of been useful. 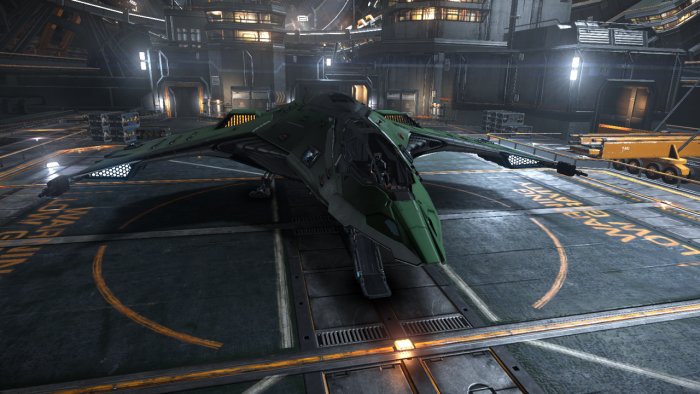 So, after moving the weapons onto the Eagle, I had to save up some more money for the extra multi-cannon - power was limited. So finally with all 3 guns the Eagle seem pretty good. I used the pulse laser to bring down the shields, then the multi-cannons for the hull. I had use the multi-cannon sparely because they cost a fair about to rearm (as they are ammo based weapons).

After while I noticed that I good place to look for wanted ships was around the jump-beacon in LHS 64. After building my money up I started to upgrade some of the modules including the power-plant, power coupling etc. These made a good improvement, and even allowed me to get a 40,000cr bounty (10 + 30k);

I did try and take on Dropships, but they were way too powerful for my Eagle. Of-course the Eagle wasnt bullet-proof and a death resulted in a lost of all the current bounties and a 6k cost to re-buy the ship back (with all the upgrades).

My goal was to save up enough money for a Cobra Mk3 - skipping many of the other ships below it (many of the ships have their own purposes). Like most of the Elite players, the Cobra seems more special than the others. However being a combat route I needed enough money to actually arm the ship after buying it, no point having to fall back on trading/package delivery.

Now I got the Cobra (with fairly basic armament), I am starting to look for more wanted ships - to get more upgrades. I did notice that the Cobra had much better basic sub-systems installed than the Eagle, although I guess thats understandable. I have only used the Cobra a few times but already it feels much stronger and safer. So far I havnt lost the ship yet, however this might be to do with me being cautious because of the Eagle. The last thing I did last night was to upgrade the power-coupling on my Cobra - so it could handle the firing of all 4 guns for longer (power doesnt seem a problem at the moment).

I do want to head over to Lave sometime, but before I do I want a longer jump-range and a bit more money. I am hoping there are more bounties there.