Its been awhile since my last blog, and a lot has changed since. In my last blog I had only just got a Cobra, which had only basic equipment. Ideally I wanted to reach an Asp but it was a long way off.

Building up money took a long time. I originally wanted to make my money through bounty hunting than trading (I just wanted to do it a different way). I havnt really looked at trading too much (to be honest) as I find it a bit of a mixed bag - sometimes you take goods to a place (which the in-game map says it wants) and yet they dont.

A little time later Gomorragh told me of rare-trading, so I started to look into it. At first it seemed a little confusing;

So the first thing, where can you buy them? So it was time to do a search in google. This is where I came across Elite Rare Trader; 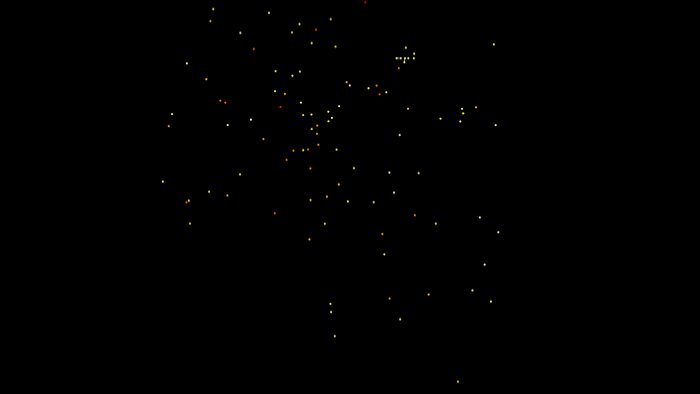 This useful map tells you where you can find these rares, and how far the station with them is from the nav-point (some are very far away). The first thing I noticed is that around Lave there are quite a few places that sell them; Orrere, Uszaa, Leesti, Diso, Zaonce, So maybe my first stop. So now I needed a second location (ideally you want sell rares around 140ly or more, although I think the ideal is 200ly). So looking at the map, maybe Altair, Zeessze, George Pantazis and finally Fujin, like so; 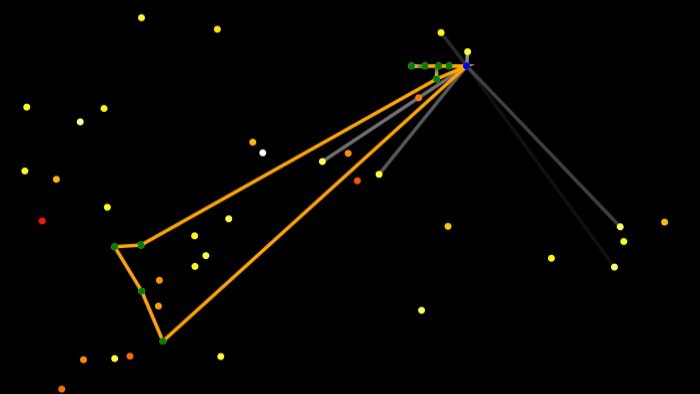 Im sure others have better routes and that.. however for now this works fairly well for me. So with some places worked-out, I wanted to know where can you sell rares? The short answer is any-where.

So the next question; was it going to be worthwhile? The short answer, very much yes. Per run (40-50 units) I can make around 800k. Fuel isnt much of a problem, as a Fuel-scoop can refuel the ship for free. The gathering stage can take 30mins, then the long jump 10-15mins.

So I started the runs, building up the money. The first upgrade was the jump-drive, the less I see that wrap effect, the quicker I can do it. After many runs, I was finally able to get a Asp;

At first the Asp seemed like a back-step, as it seemed slow (forever turning to keep up with ships like the Viper).

It took me awhile to work out what guns for the Asp. It has two class 2 weapons (main weapons) and four class 1 weapons. I did try beam weapons once again (as I thought the Asp would supply enough power) but like the Cobra they ran-out too quickly. So this is when I thought about using two groups, with the main being either pulse or burst (doesnt really seem much difference) and the secondary for hull-damage (so four multi-cannons). You can see this combo at the start of this video;

The Asp did a great job, loads of jump-range and well armed - it made travelling long distances easy. After many runs I was able to upgrade the Asp fairly well. This is when I started looking at bigger ship; the Imperial Clipper.

However before I could get it, I needed to get some reputation with the Empire military. So after searching around for awhile, I found a little spot to do this (Canta athis / Macuayan). After doing a few general missions, I was given a few jobs by the military. In the end I got a high enough rank, and brought the Imperial Clipper;

This ship definitely looks the part, with its splendour white looks. It had an extra type 7 slot, which I was going to use for a shield. However this ship cost a lot of money, and so wasnt easy to upgrade. After using for a little I noticed it had some major draw-backs;

Combat wise, the Clipper was miles ahead of the Asp, but money was the problem. So I decided to get a Type 6 so I could get some upgrades for the Imperial Clipper, restarting the rare-trading. This worked fine until someone attacked me Altair and stole some of my cargo. Seeing my Imperial Clipper was parked there, I landed with the Type 6 and chased after them in the Clipper. I was interdicted a few ships, and ended up losing a fair amount of hull, costing me 200k (I never caught the thief, as they ran when they saw my Imp chasing them).

So after landing back in Solo Orbiter (in Altair), I think about ditching the Clipper. So it was either have two ships (one with a poor jump-range and ate money, the other was defenceless - so pirates could attack steal/kill) or go back to my Asp, where I felt safe and able to make money. So after some thinking I sold both ships and re-brought my Asp (it was nice seeing the 27ly in an armed ship once again). This also meant I could clear my bounties at outposts too. I upgraded my Asp so much, that its rebuy price was just has high as the Clipper (something I kind-of wanted to lower - oh well).

It seems more commanders are now pirating from others - making the runs much harder (especially in Altair last night). So be careful out there.

⇊ Load more comments ⇊
All names, logos, images and trademarks are the property of their respective owners. Website created, designed and coded by Roguey © 2019. Privacy policy.
This page loaded in 0.00132 seconds. If you like to help, please consider making donation.