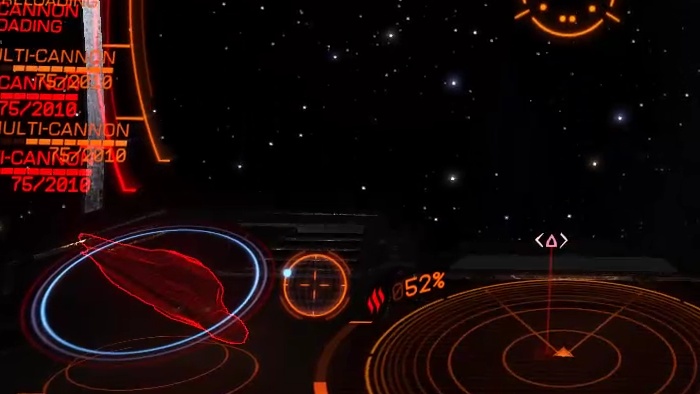 Many months ago, the online mode sounded great - being able to meet other players and maybe party with them (like in large events) - a thing that many other MMO's do (such as Guild Wars 2). I know Frontier are working on a feature called wings, but if this allows pirates to group together then things will get much worse.

You may think, well get a better ship... well, I was using a heavily upgraded Asp (around the 20 million mark) when I got hull damage from pirate Viper. All pirates do is fit more shield banks than me (as I was trying to carry cargo) and weapons to drop my shields fast, since my Asp cant turn as fast as a Viper. I dont fit PvP weapons because they require a lot of costly ammo - which isnt good for long term battles (the ones I prefer).

Once my shields are down (which can be done very quickly), im an easy target. I thought it might of been just me, but when I saw the video below I was dismayed - the commander was taken completely off-guard;

So, for now I dont know what to do with the game; moving rares between 4 or 5 places isnt much fun at the best of times, yet with the added possibility of human pirates - its ruining the game for me. Sure I can switch back to solo (or Alt+F4), but why should a human pirate force me to that? At one point a pirate was able to spam his interdictor on me continuously, the only action was to quit game. Its not like a 70+ million ship survives any better (if not worse, cos its an bigger target).

I understand that pirating should be a way of life but it shouldnt mean clean commanders lose millions of credits. The current bounty system is floored and something needs to be done about PvP pirates! Maybe even an option to disable human interdictions, or at the very least a cool-down. There also a need of some game-play rebalance (shields shouldnt go down that quick, nor should multi-able cell banks be allowed).

⇊ Load more comments ⇊
All names, logos, images and trademarks are the property of their respective owners. Website created, designed and coded by Roguey © 2019. Privacy policy.
This page loaded in 0.00183 seconds. If you like to help, please consider making donation.