The future of my X

Hi guys; I know its been awhile since I last posted anything but been thinking through a few things with the x-community. The x-games have been a big part of my life.

I noticed the x-games when I brought their first game; X: Beyond the frontier. At the time I was looking for another Elite game but there wasnt any. The two big-names (David Braben and Ian Bell) had a large disagreement which carried on for many years - putting a halt to the all rumoured Elite 4. Many other companies out there thought space-sim games were a lost cause.

This strange space-sim was a bit wacky, with its large graphics (but easy to read menu) and very cool computer-voice (I still think its one of the best); 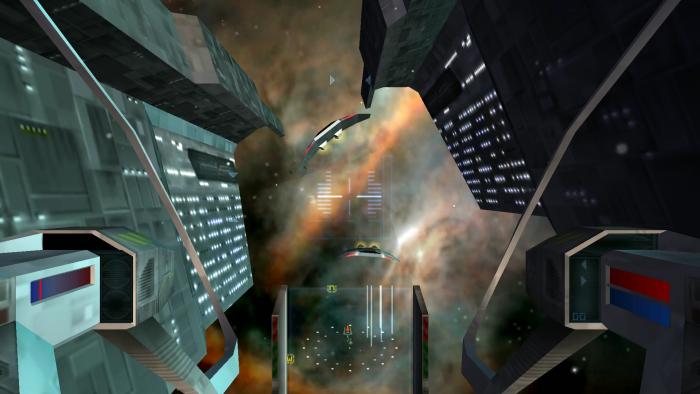 So after completing the plot (if I remmeber correctly) there were some special wares dropped in space. Whilst the game was a bit limited (one ship) and broken economy (Solar-power plants produced endless wares for very little), it had potential. I knew it wasnt created by the biggest development crew out there, so I was willing to forgive.

So I was delighted to hear when X-Tension was released. One of the most limiting things; the one-player-ship was removed (capitals weren't flyable) but a lot of things made much more sense. In X-BTF the capital ships flew faster than the fighters. Later on during X-Tension life-cycle, support was added to fly TL's ships (wicked). 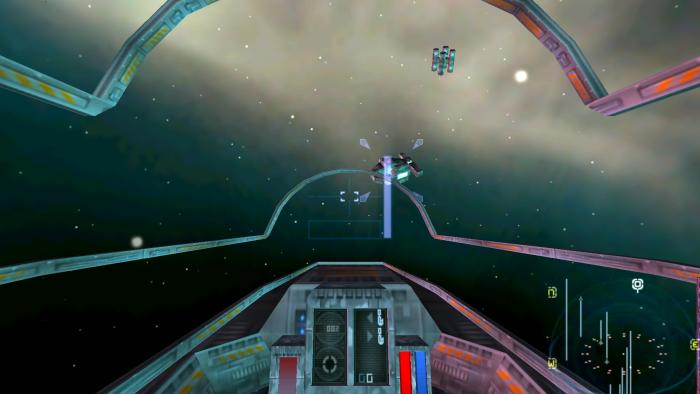 At this point, the x-games were gaining a lot of respect from me and egosoft were building the next big project X2: The Threat. For me this is when the x-games became serious. X2 offered a lot more than its predecessor; from graphics, ships, new enemy - the khaak, and more things to-do etc. Still to this day X3AP/TC still borrows bits from X2 (suns, objects etc.).

At this point, I started feeling like I wanted to support them. So I started to build an X2 site. My web-knowledge was rather limited at the time, but I thought it would help. During this time, egosoft announced an add-on pack to X2. This was later cancelled, for full-game: X3. When X3 came-out, things were far from perfect. At one stage the HUD would take 50% of your frame-rate, plus there were a lot of buggy plots. It was kind-of expected that Egosoft struggled to make non-buggy plots. In time everything was fixed, and X3 turned into a fantastic game. This is when I really started to support them with an X3 site, and later with Roguey X3 Mod. I had some incredible help on the way - a big thanks to them.

X3 held the fort for along time until X3: Terran Conflict came out. At this point I was little sadden by the release. This time egosoft borrowed content from X3 mod-teams. So for awhile I held-back developing the site/mod - since my mod was gaining support but yet never asked for anything. I was later asked to have my mod included in the super-box but egosoft decided later to drop mods from the super-box (probably due to size).


I waited on X3TC, and finally after some-time created a X3TC site. This time I added other peoples guides rather than create my own. I felt there was some already great guides out there, just that a few had broken images etc. So rather than write my own, I could offer them a better home... I still think a forum isnt the best place for a guide, as they can get quickly lost in the pile of threads.

Time past, and things started to go quiet. However on the 20th April, 2011, Egosoft announce X Rebirth. This was strange in some-ways has few days before I created a Fair well video (on the 17th, with a speech version on the 18th). Maybe it was just me, but seem very close.


It was exciting to hear about a new x-game - something that would brake the mould that egosoft had fell into. Since X2, egosoft had kept bolting onto its engine but didnt really push the series forward technically. Sure we had more ships to fly, more sectors etc. but there were no more gameplay features as such. Some of us wanted to see advancement in the series.

Time went by and egosoft fell silent. After all the hype of a new-game - nothing. This is when we got to XMas, when out the blue X3: Albion Prelude was released. No warning at all.

At this time egosoft gave away free-copies to super-box users which meant us fans who had brought each instalment didnt get a free copy. So after all the support I gave them, I went onto their Facebook page and said my peace (I wasnt happy they were giving free copies to people but not me, after all the years of supporting them) - I wouldnt of minded if I had to buy a copy, if everyone had did.... A few days later I was given a copy - when I started to work on my X3AP site. This time I would do all the guides myself.

After playing X3AP for awhile, I felt it was rushed. Fortunately the community behind egosoft, it was later patched - including more plots, fixes, ships etc. For me, it could probably be one of the best x-games yet.

As time flies (as it does), I kept an eye on the news of X3AP. One random day I saw someone sending in some food, were all the staff would join into the chat-room (normally empty). This is when CBJ invited me to be apart of DevNet, as I was interested helping with Egosoft next instalment - X-Rebirth.

A few weeks past and I was in, now part of DevNet and a tester of X-Rebirth. I thought I could help test the game and offer my advice about things. However my first initial impression was... it looks big? and very, very different? is this even a x-game? However being very confused about it, I started working on a site to make some sense out of the game. Quite a few of the testers had access to the site, as I felt it helped them to get around - egosoft's documentation was rather lacking at this time.

During this time my enthusiasm wavered; I found it hard to like X-Rebirth but stuck in there in the hopes that things would improve. When it was getting near release I started rebuilding the site, so to help other people, seeing as I didnt get-it. Maybe suddenly egosoft would bolt on another big module or something - I didnt know, but I didnt think it would get released like that.

As we all know X-Rebirth release was probably one of the worse. I couldnt believe the amount of hate messages I was seeing. It didnt help their site died at the time (sending the wrong message to gamers). At this time I felt it was important to write my own review, as I didnt want to give players the wrong message about the game (I pride myself on being open, honest and fair). However all this activity was short lived, a few months later everything went back to normal. At the most busiest time had to increase my hosting plan to cope with the extra traffic, but now we back to half the existing plan.

I was shocked to learn about all the x-box tags found in the shader files (here). I never thought to search through the game-files - I was confused enough! I was told later those tags dont mean much, but still... there is a lot of them! Maybe I over-reacted? but its still hard ignore. Around the same time Diablo 3 suddenly was being launched on the PS3/4 (the 4 skills made sense then; since they can be mapped to an d-pad).

So now 6 months later, and I havnt seen a big change. I know we are due another big patch soon, so I will wait until then to decide.. however I feel X-Rebirth needs a major rebuild. During the development I did moan at quite a few people, although after while I stopped (as it felt it was falling on deaf-ears to be honest). I reckon I must of posted between 6-10 pages of stuff - saying what I didnt like with the game (sorry to CBJ for the ear-bashing).

This is one of the reasons I started a X3AP Mod - to make the game how I feel. I was expecting a lot more feedback and help with the mod, much like my older X3 mod but it didnt happen on the same scale. This mod took along time to make, because of a new universe. Once again thanks to those who did help.


This is why I am now deciding whether to ditch future support of the x-games. If I do then wont be supporting egosoft, but will be on the look-out for the next big thing. I would love to be able to work with the developers. My x-sites will remain open regardless btw (just not updated etc.).

I feel its a shame what things have turned into. It was nice working along side a developer (finally), to build a resource for people at launch. I learnt to hang-in a bit; cause sometimes you can right-off a game too early; take Guild Wars 2 - which I have re-picked up. However unless anything big is planned, I feel the future looks bleak.

Please let me know what you think, as its now more than ever important to post your comments. thank-you for reading - sorry for the long post but atleast you know how I feel, and why I havnt been responding.

⇊ Load more comments ⇊
All names, logos, images and trademarks are the property of their respective owners. Website created, designed and coded by Roguey © 2019. Privacy policy.
This page loaded in 0.00161 seconds. If you like to help, please consider making donation.