A little bit ago, a family member made a decision that they wanted to use a PC for next gen games instead of going down the console path (I think it was the right decision). This was influenced because their copy of Windows 7 couldnt be upgraded on their current pc (AMD X2 3800+), as the cpu didnt support CMPXCHG16B. So I did some research and found out that the cheapest I could put something together was around £400 mark (motherboard, cpu and ram). When comparing the stats to my 2600k (which is 4 years old), I saw only a 7% difference in performance (so pretty much getting something similar). So I started to wonder how much it would take to upgrade mine, so would also get an upgrade. Of-course I was more keen on this path (obvious reasons), and I knew my 2600k had premium motherboard (albeit a old but still good). Premium boards do give you a lot more future expansion if required.

So I started to look into, for around 50% more I could either get a 5820k or the new skylake processor (6700k). Both of these chips had advantages and disadvantages, higher core count vs higher stock speeds. I kept coming back to the decision that a higher clock speed cant replace 2 extra cores (even although modern games arent fully utilizing high core count yet). So told them about my findings and it was agreed this was the biggest gain for both of us (a 2600k for one, and a 40-50% increase for me). I figured also the six core cpu could simply be overclocked (if needed) to the skylake single-core performance (seeing as its got soldiered TIM, allowing it to be cooler than a 6700k - like the 2600k).

So the next day a few goodies turned up; 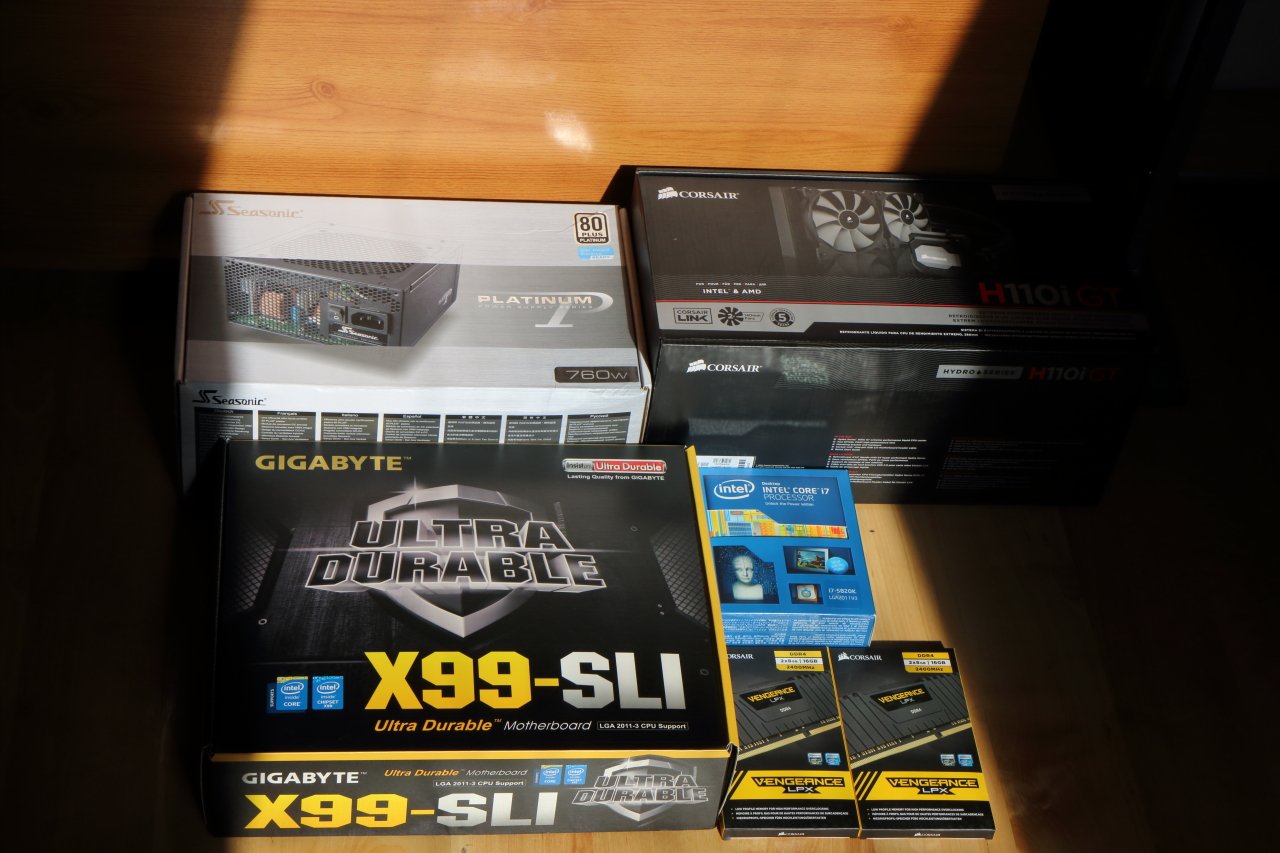 I went with a Gigabyte X99-SLI with the Intel Core i7 5820K because overclockers.co.uk had a deal on, saving around £50. This helped bring down the price, as X99 motherboards are expensive! They did have another deal on with an Asus board, but I did hear about a few problems with the Asus boards. So instead I went for the Gigabyte board, as couldnt find much bad about it and it was a solid board.

After that got two lots of Corsair Vengeance LPX 2x8GB (I felt this would fill the motherboard with half the maximum memory and allow for further 32gb for the future. The 5820k prefers either 4 or 8 sticks, so it can run at quad channel. These sticks were low profile, which can be useful. I only went with 2400Mhz memory, as I didnt see much benefit from higher frequency memory.

The cooler (as you need to supply your own with the X99 chips) I went for a Corsair H110i. I know its a bit over-kill but my aim for this system is to be quiet - I got fed-up of hearing fan noise. After much reading, it appeared this cooler could be very silent. However being an i variant, meant you could change the settings if required. Later on I did create a custom curve, to lower the fan speed.

And lastly the power-supply, I decided to go for a Seasonic Platinum 760watt. Whilst this may also be a bit over-kill, I felt this allows me plenty of room for future upgrades. Seasonic do have a good name, and ive used them in the past. After getting the PSU I noticed it had a hybrid mode or normal fan mode. Looking around, it seems if the PSU is running under 40% (I think) it doesnt need to switch on the fan. I didnt plan on getting the 760w, as the 660w was out-of-stock by the seller. I am glad to say my Seasonic is silent! no coil whine what-so-ever!

So after a bit of time, this is how it looked; 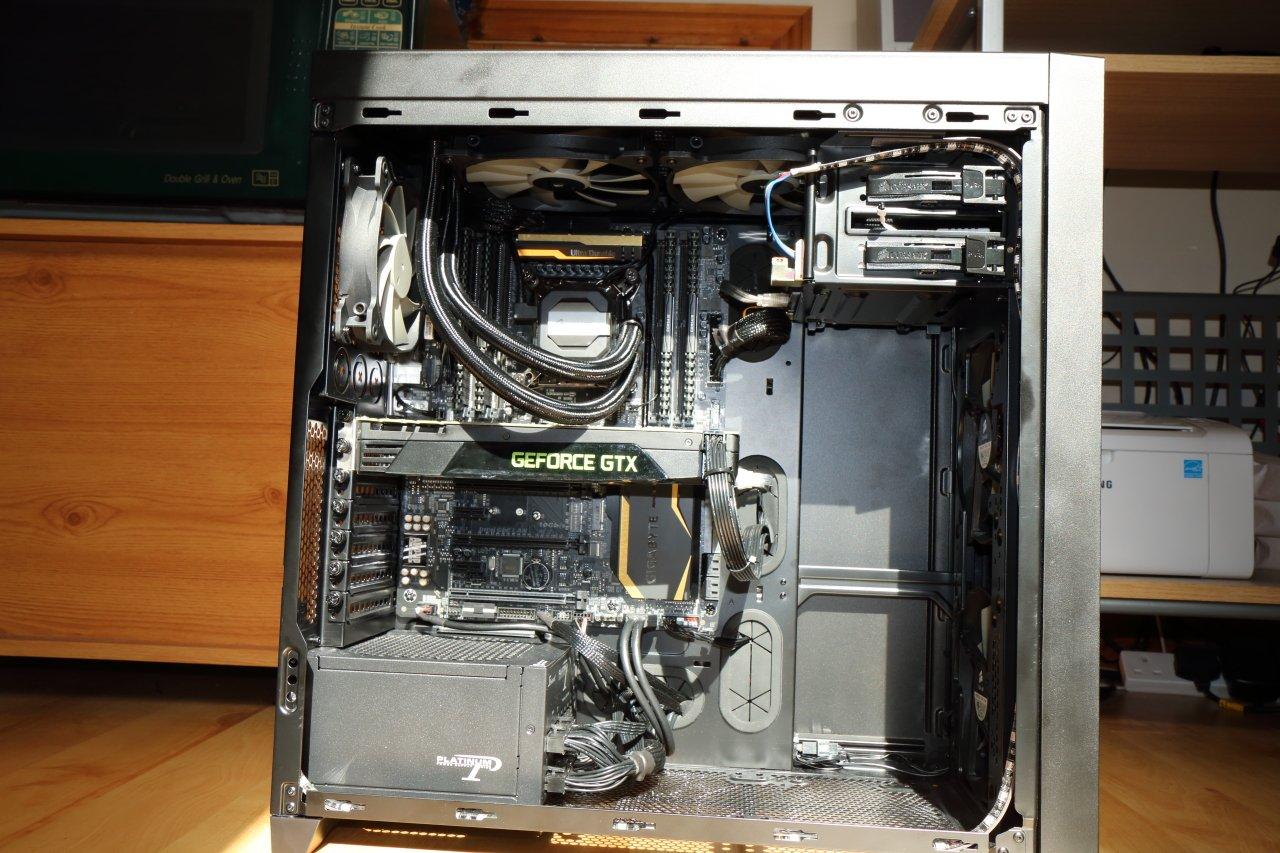 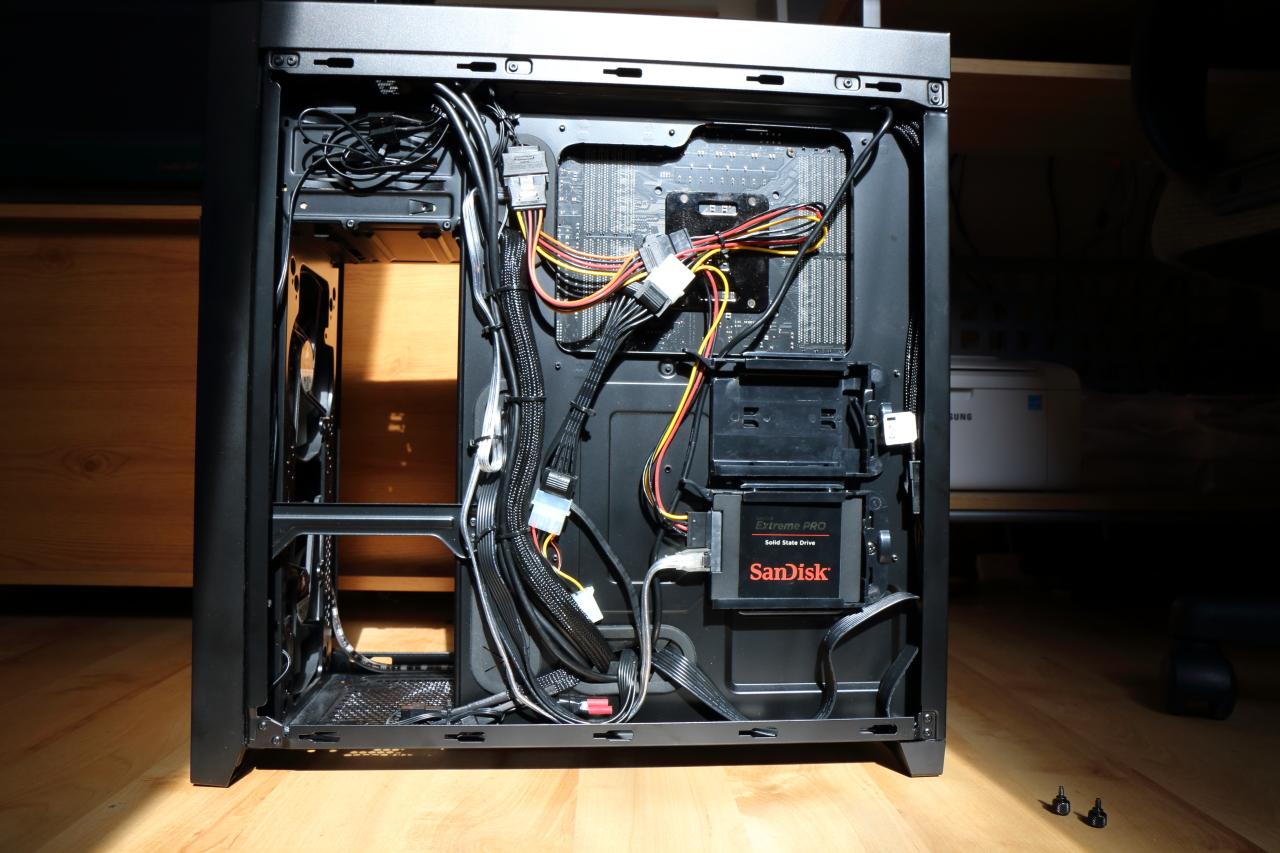 The eagle-eyed ones out there may notice that my old graphic card is still there - a 680GTX. MSi replaced my failed 670GTX (more info here). I do plan on moving the 680GTX to the 2600k (as is a better fit for it), but im extremely confused what to get next. Pascal is nvidia's next big deal which is start of next year (2016). Do I invest heavily in a 980Ti now? or go for something like the 980GTX (save some money for an upgrade, that maybe I could move to the other system)? I know I didnt say about the 970 - which is a good card but the 3.5Gb VRAM put me off (one of the main reasons for upgrading). I been watching around a lot to see if a seller will do a deal on the 980, overclockers had it for £350 one day (which I missed sadly). I know AMD have also released cards too but I felt they were a bit lack lusting to be honest. Id hope they would of been better, pushing down the prices. I hear the 390 runs fairly hot (something im trying to avoid in a quiet pc), whilst the fury seem a bit expensive (and even read some can have coil whine). I have been entering competitions like mad, but I havnt won anything (the trouble with free-prize draws). So im at a complete loss with the gpu at the moment. Any advice would be welcomed. I plan on running on 1080p for the moment, but maybe in the future 4k might be nice (depending on price of-course).

After getting everything installed, I found the Gigabyte very easy to use. The bios seems a little messy but in windows its very easy to overclock the chip by the looks of it; 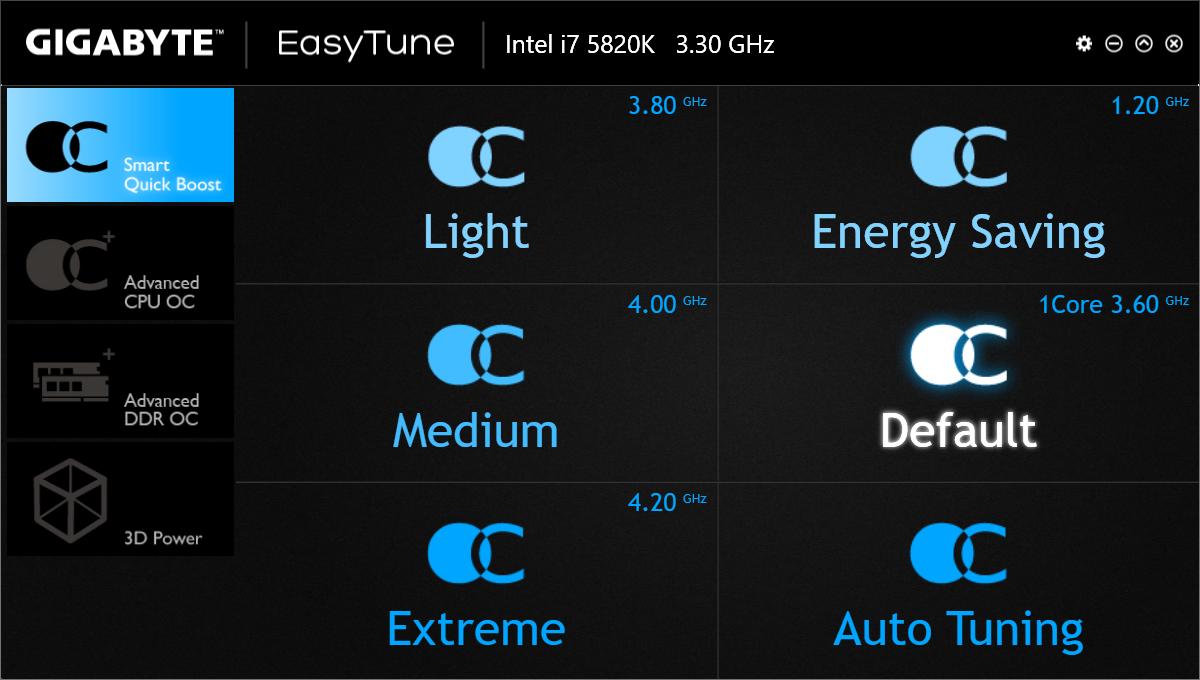 You can even change all the clock settings within windows (which is something new to me); 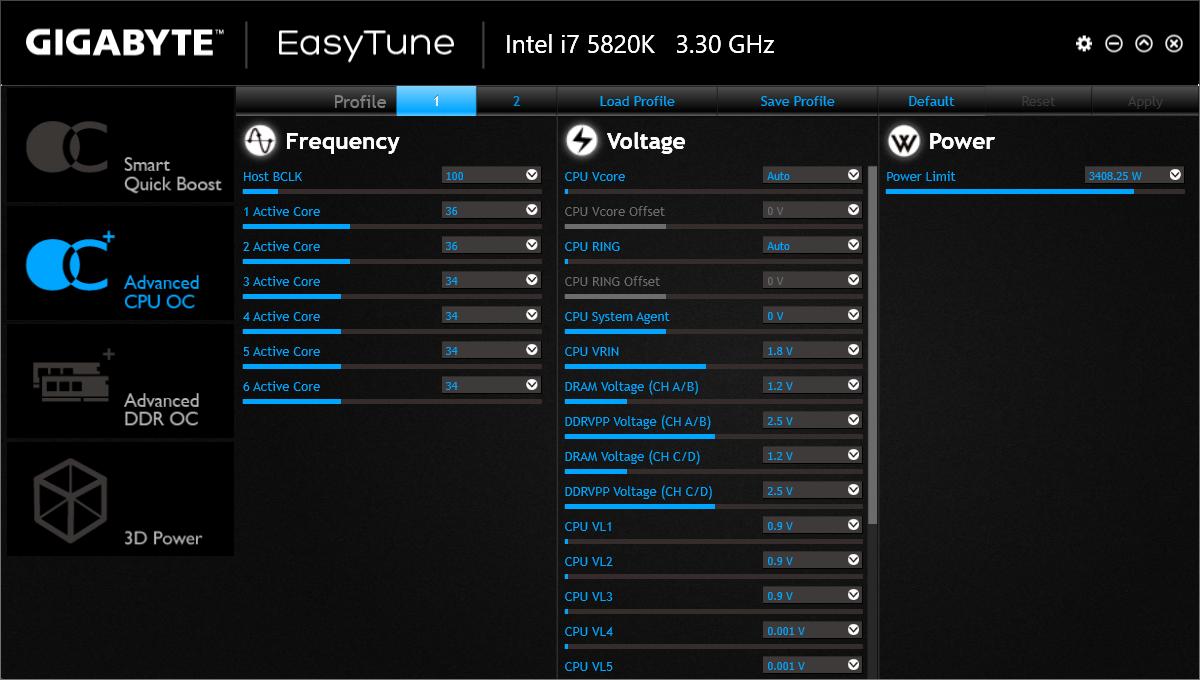 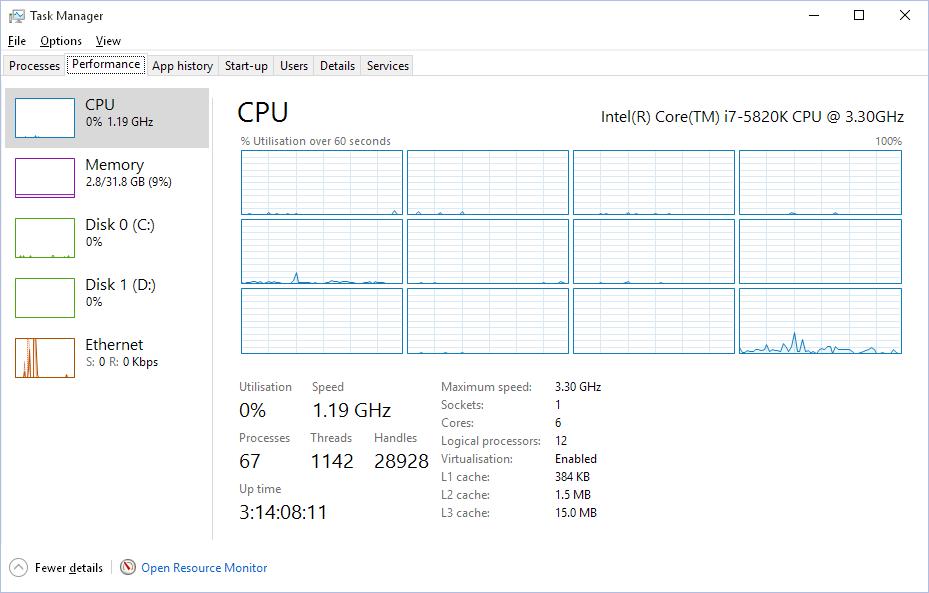 I did create a video showing the upgrade below;


At the moment its a bit funny with the PSU, even during heavy usage, I cant even get the fan to spin-up. Its like the PSU is saying... meh. Ive never had a PSU where it didnt even need to spin the fan.

If youre intrested in my current 3D mark scores, then here they are;

Anyway, your suggestions/comments are welcomed - what shall I do about the graphic card? - help!

ps. I also need to get another sound card sorted, as my old one doesnt plug in anymore - PCI. I used DTS connect/DD live to my av system

⇊ Load more comments ⇊
All names, logos, images and trademarks are the property of their respective owners. Website created, designed and coded by Roguey © 2019. Privacy policy.
This page loaded in 0.0005 seconds. If you like to help, please consider making donation.