Get Kenshi on Steam here.

WHAT IS KENSHI?
Kenshi is a single player sandbox PC game set in a vast and atmospheric ‘Sword-Punk’ style open world. With a mix of RPG elements, squad-based control and city-building features, gameplay is completely free-roaming and open: enjoy the freedom and potential to do whatever you want.

Set in an unrelenting world of bloodthirsty cannibals, starving bandits, brutal slavers and wild beasts, survival alone is a grueling struggle… You are not the chosen one. You’re not great and powerful. You don’t have more ‘hitpoints’ than everyone else. You are not the center of the universe, and you are not special. Unless you work for it.

What an interesting game. I totally forgot about this as honestly it didn't look very good. Sorta avoided it because people claimed it was extremely difficult, however once I played it a bit, that is not the case.

You basically choose your starting character and go at it. It is set in a post-apocalyptic style world. From what I can tell, whatever happened was thousands of years ago at least. Large chunks of metal litter the landscape and sentient robots are still around, known as "Skeletons" (they are a playable and recruitable race). The game is designed for you to create your own adventures. Not in the way of games like Elite: Dangerous but think more of the X3 series but with more depth.

The game im playing now, I thought "hmm maybe lets make a 'guild' of sorts with the leader being a master weaponsmith". That way I can sell high end items for profits and outfit my people with high quality gear. 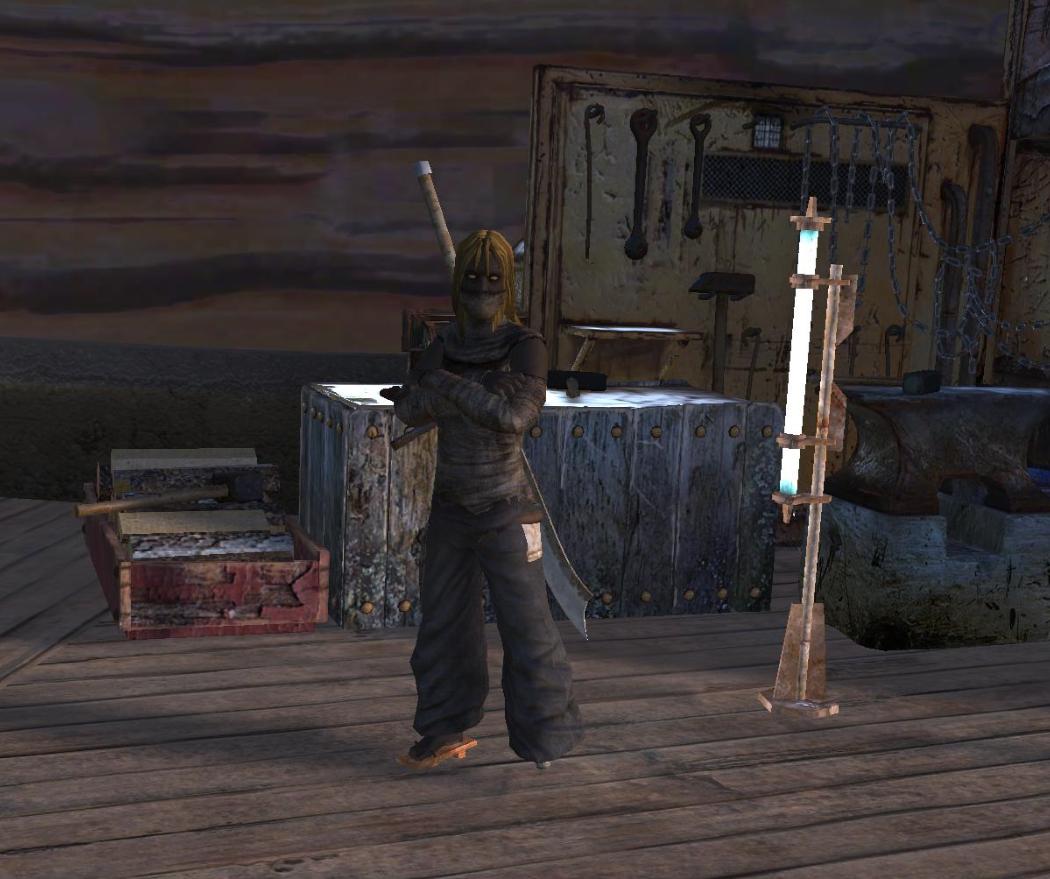 It all started by scavenging for seed money to buy and fix up a house in Squin. Ran across a few folks that had nothing better to do, they will make decent helpers and maybe they will get special status if they live long enough. Its a bit too dangerous to build and defend an outpost of my own so working in town is fine for now. Everything was going great until I took a run up to Mongrel looking for a good fabric vendor. An exiled Hiver by the name of "Beep" joined my crew wanting to be trained to fight. 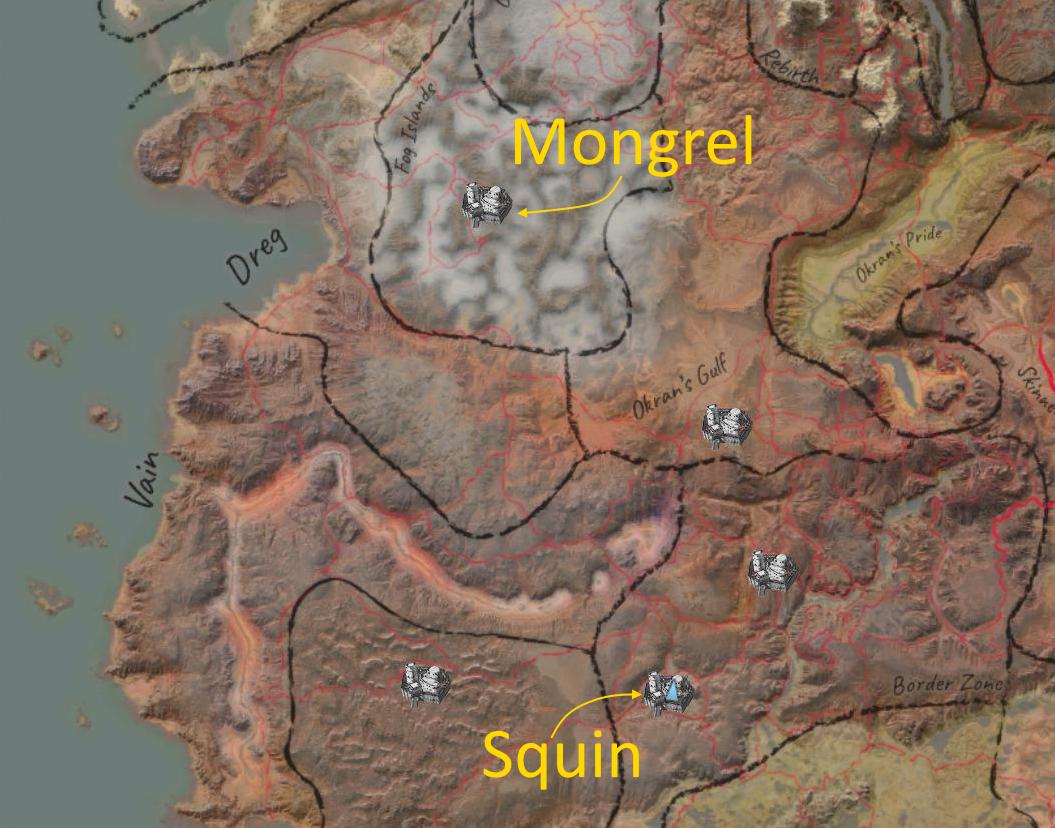 Sadly being in the middle of the Fog Islands means they don't have much in the way of supplies for sale. I did however find a blueprint to make katanas. So it was just Penny and Beep. The thing about Mongrel and the Fog Islands is there are hivers there called "The Fog" and they roam in large numbers looking for people to snatch for food. We were so close to making it out... we had a huge swarm of The Fog chasing us. Not sure why but when they finally slowed us down enough to overtake us and beat us both down, they didn't kidnap either of us. Instead just left us for dead. But Penny was just playing dead so once they got far enough away, she got up and bandaged herself and Beep and continued the trek home.

Not too long after that, a band of hungry bandits found us and beat us again for food. Using up the last of the bandages to save Beep from losing an arm. Hobbling on crossing into Vain was when the real nightmare manifest. Beak Things, huge very aggressive mobs that does an incredibly hard hitting AOE attack and can't be outrun... they spotted us and attacked. We were close enough to a small village that once we were down, they didn't eat us. Penny was crippled and unconscious and Beep was hurt really bad and losing blood. My house was close enough at this point that I got 2 others to come help as I was out of bandaids

Bean and Oberon showed up just as the locals killed the last Beak Thing. Penny got first aid in time but Beep bled out and died. On the horizon more Beak Things were coming. So they carried Penny to safety, looted the dead Beak Things quickly for their meat and ran home. The damage was done, Penny lost her left leg. However, prosthetics are a thing, from basic ones for any limb up to Skeleton limbs (very high end limbs from Skeletons, often with bonuses like increased strength or athletics). So Oberon headed out to the nearest dealer and picked up a reasonable grade prosthetic left leg. Now with Penny all healed up, she isn't as fast or good at sneaking or swimming anymore but she can still make weapons with no trouble.

And this is why I like this game the unpredictable nature, all that happened over a run for fabrics in about a 2 hour window. Are the graphics great? Nope. Its somewhat buggy and can crash randomly. The true open world nature of the game means loading can be frustrating if you don't run it off an SSD. Has a weird issue with resolutions higher than 1080p (playing borderless window fixes it). Things break all the time but there are built in tools to fix stuff (literally a "Fix Stuff" button) that work well. Pathfinding IMO is insanely good. You can order a squad to run almost anywhere in the world and they will make it there with no other interaction most of the time.

Combat appears flat at first but you can micromanage it if you like by moving people, having some drawing agrro and others trying to block while your ranged people take them down. Its a weird thing compared to most games i've played, you need to 'git gud' but instead of just being a badass from the start, you actually need to get beat up to get stronger. Its not a big deal as you can bandage wounds and sleep back to full health. Strength training by being overloaded, get even more XP if you are overloaded and try to fight.

You can make squads of people and have them doing different things anywhere in the world at any time. The world isn't static either, things are happening, battles being fought items being stolen, traders making their rounds. You can build outpost and setup industry, I haven't done this yet as it tends to attract raids. As example you can make hashish and smuggle it into cities to fence, make armor, weapons clothes for your people or for profit. Its entirely possible to kidnap people and sell to slavers, rob nobles, bounty hunt or even eliminate entire factions. Game is highly moddable with a lot of mods already existing.

Overall, it's a game with a lot of character and depth. There is no ultimate end goal. A "choose your own adventure" done right. It has some issues but most are fixed, just occasional crashes (it autosaves every 10 mins) and it has built in tools to "Fix Stuff".

Highly recommended if you think you would like this type of game. 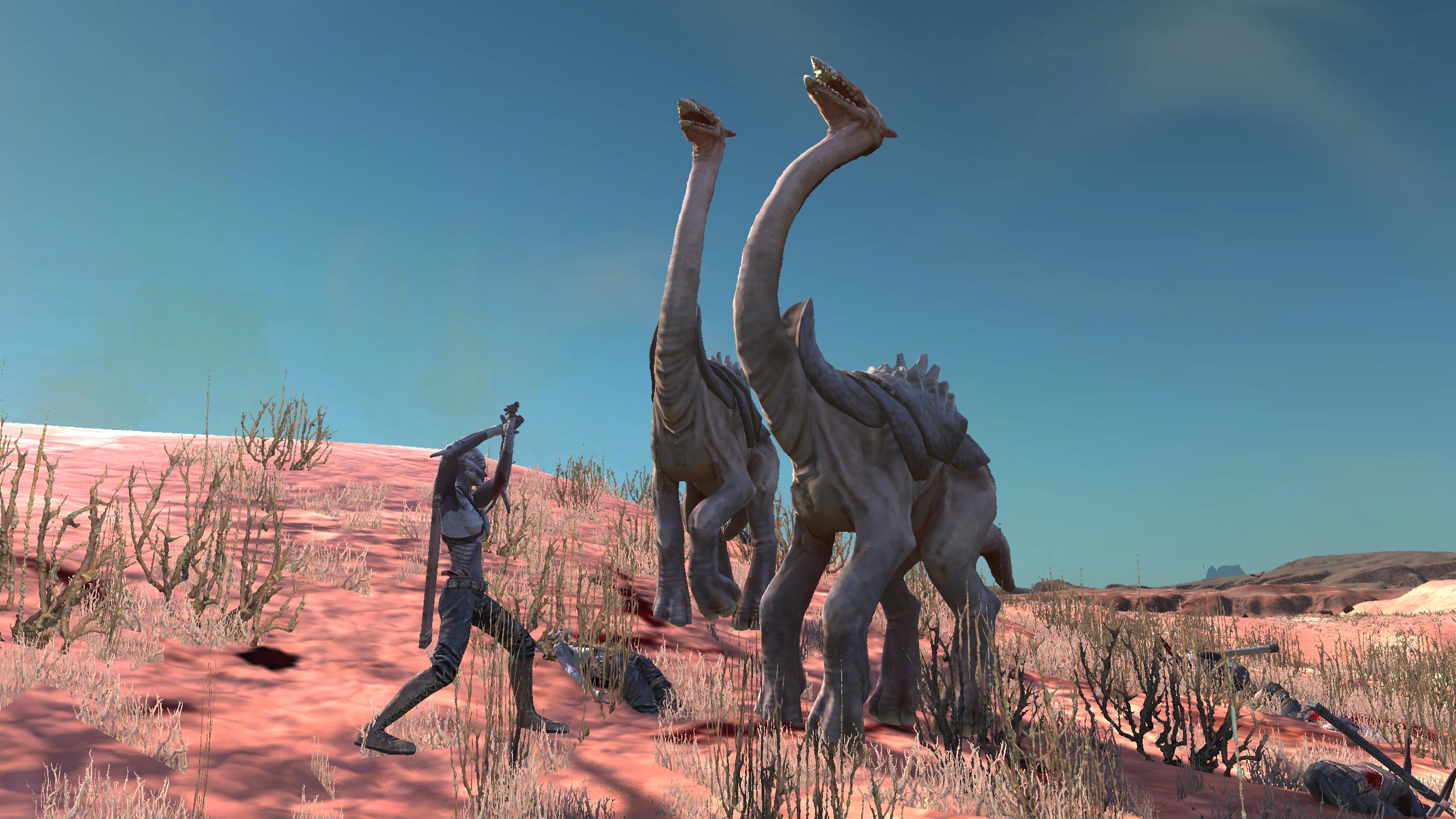 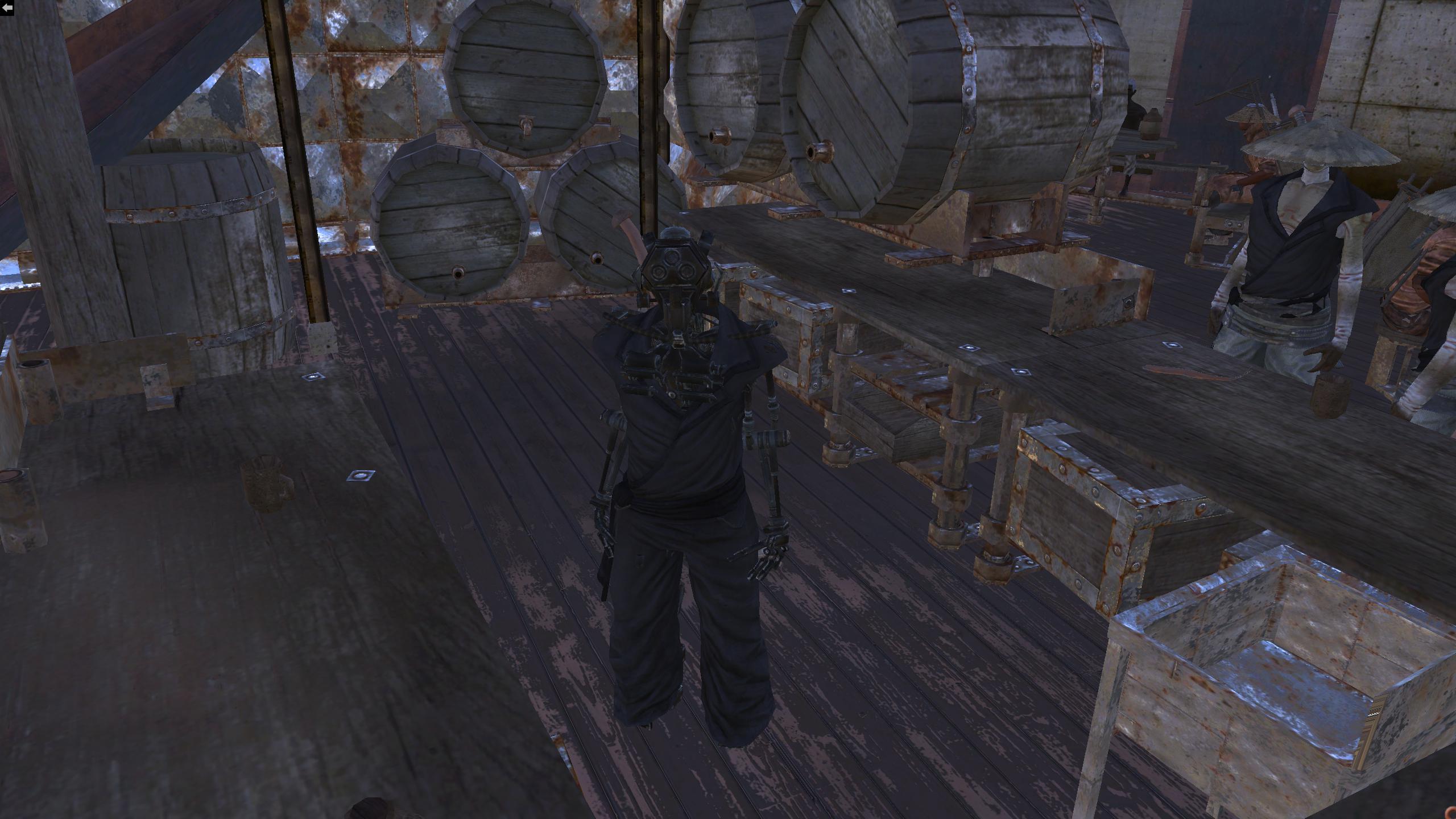 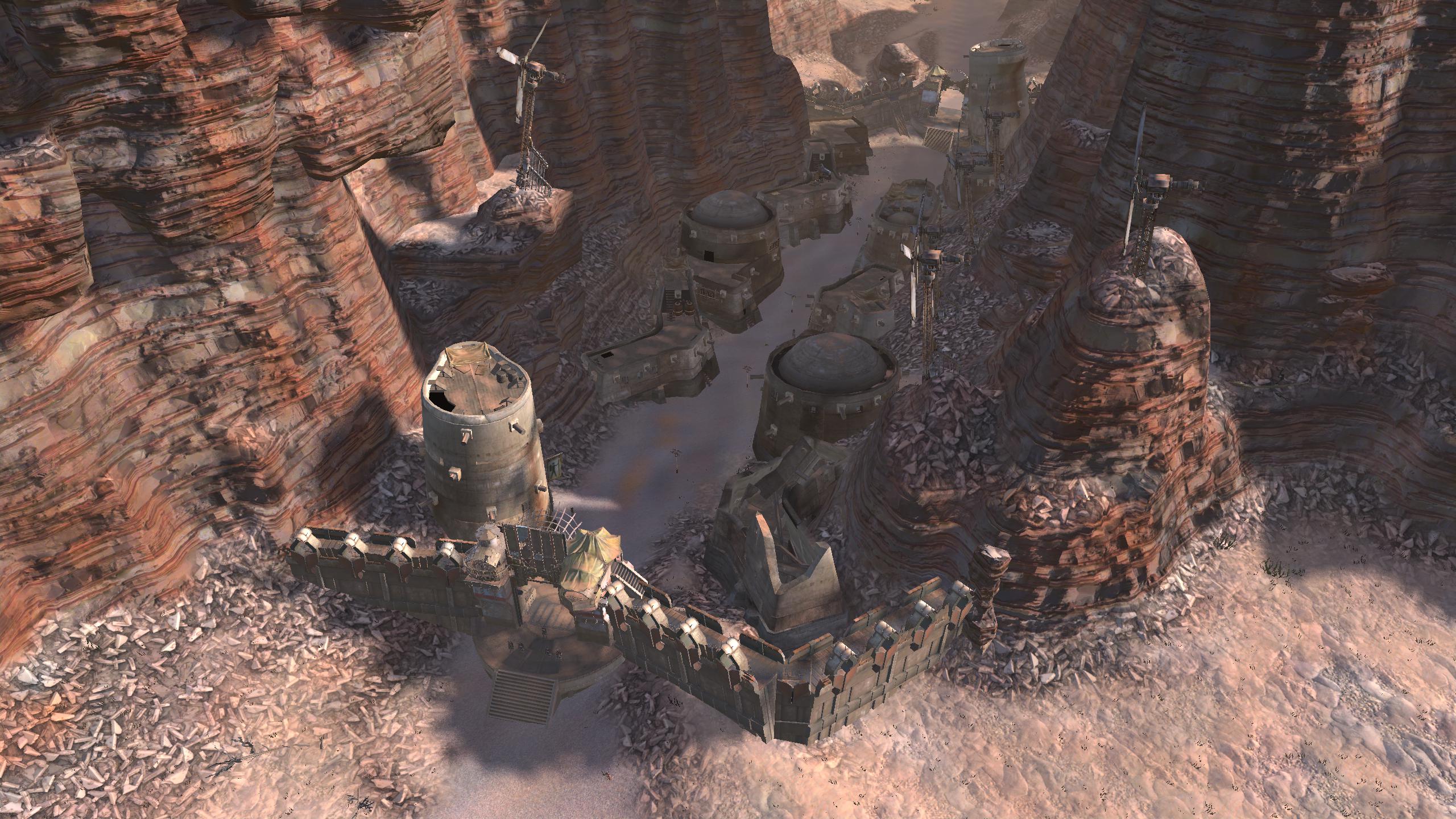 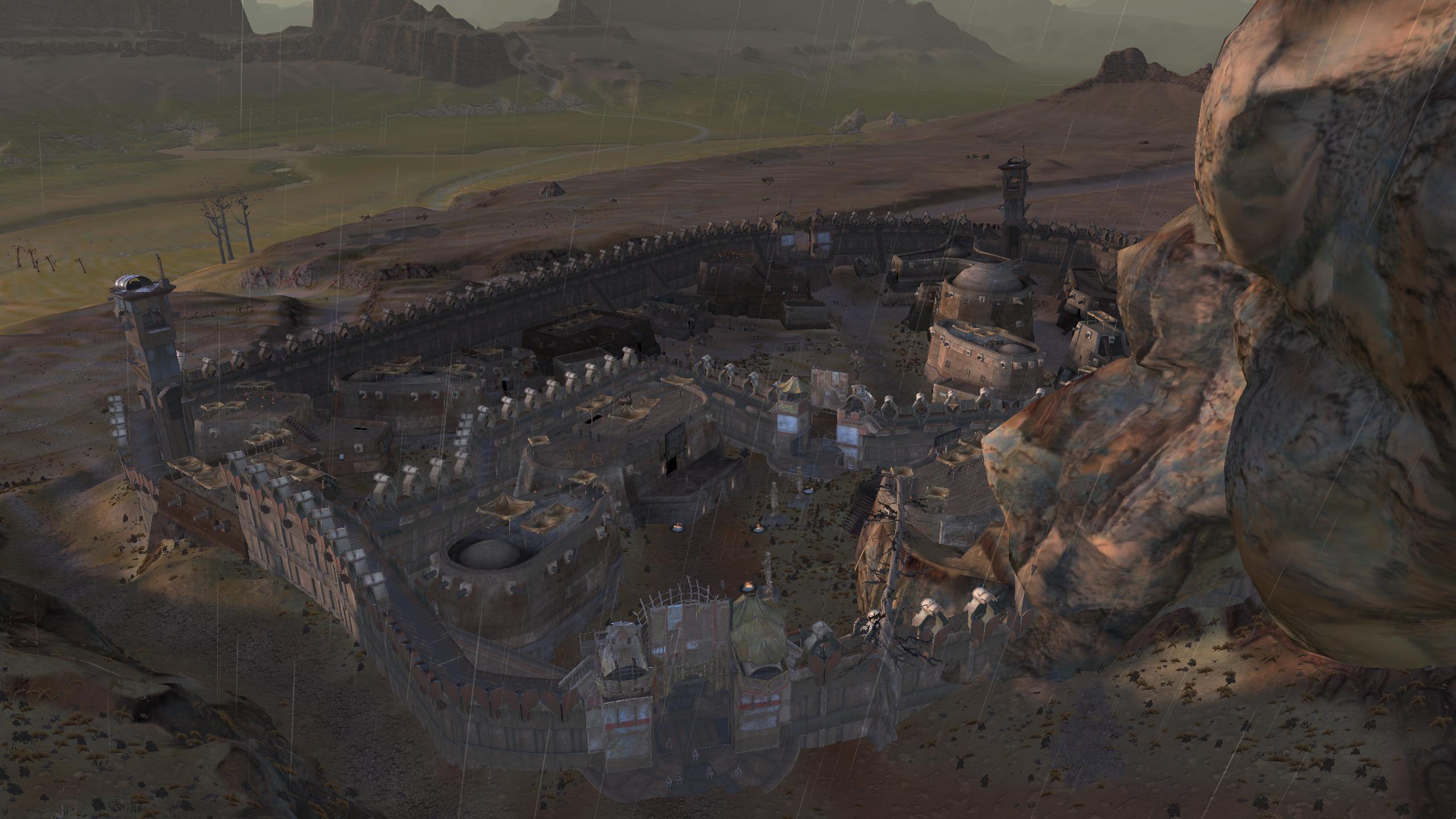 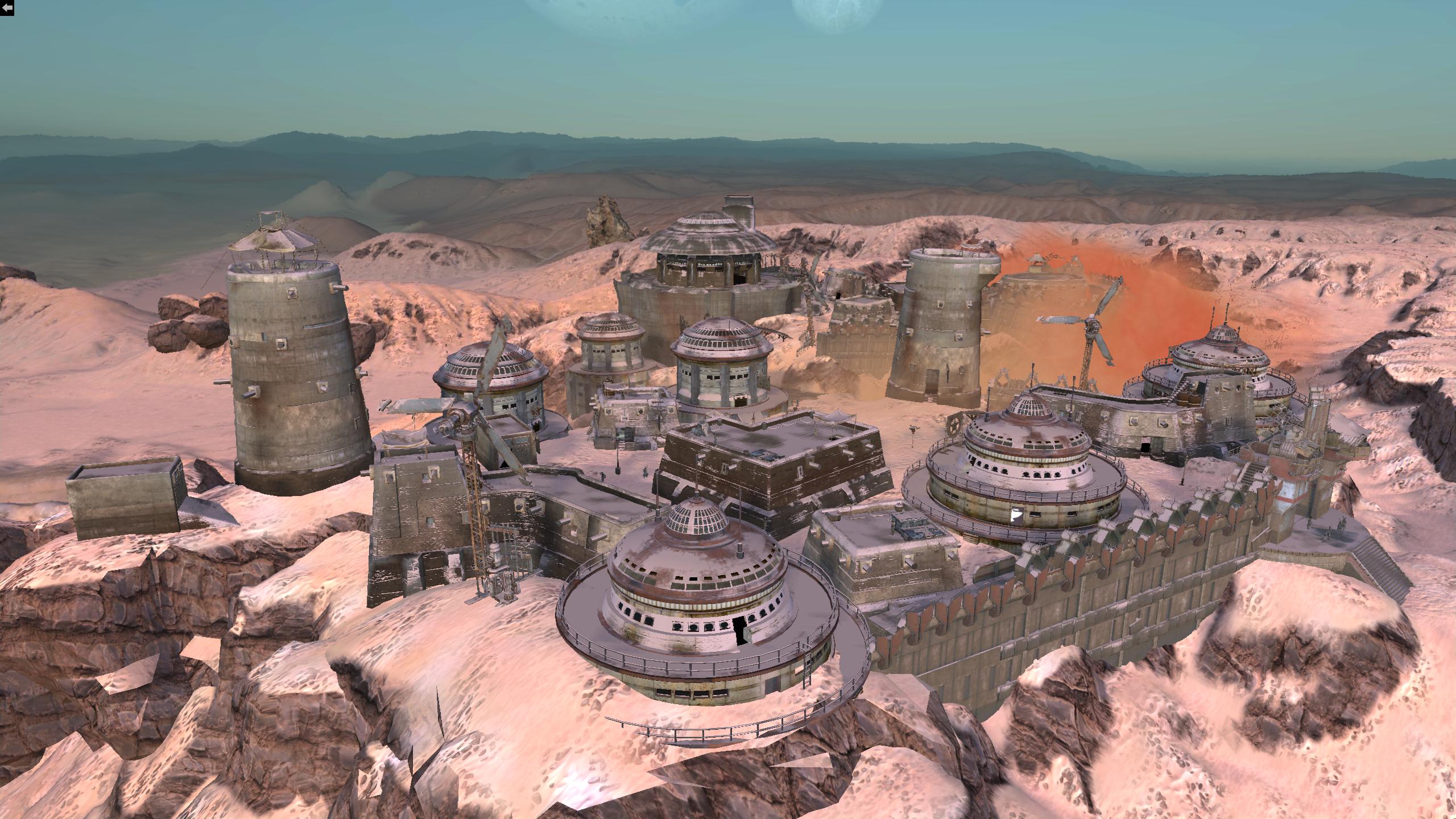 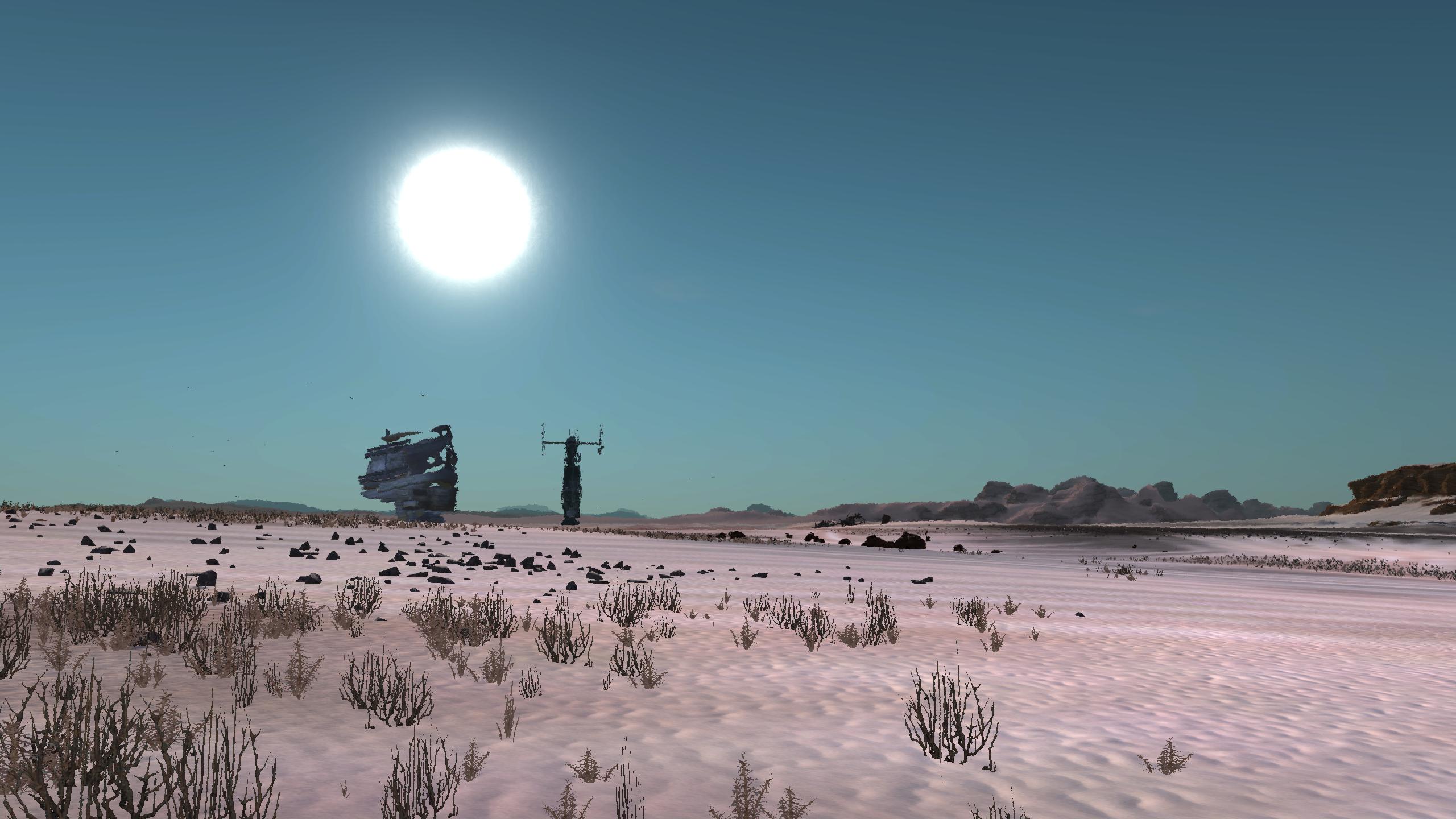 United Kingdom
Please insert pizza!
It sounds like a very involving game; not the best graphics but a lot of depth. I did watch a couple of videos - the graphics dont seem all that important - it looked like a art-style in itself.

I can imagine it being a difficult game - as the player isnt getting any extra perks over the NPC's, and then puinishing the player when they make a mistake - dead companions, losing appendages etc. I didnt like when companions died forever in Fallout 3/NV, although it was down to the AI (they died when they fell off a cliff - bad path finding).

I guess with no end-goal, the object is to build up your own town/helpers and take over others? can you take-over the large towns/cities?

United States
Hugonaught
Your team members dying isn't that common plus you can always just reload one of the last few autosaves if you like. As long as you have medical supplies on everyone you are typically good to go as it takes a lot to actually kill someone. Getting eaten by wild animals while travelling alone is the most common way to lose folks ive found. most things you can simply outrun, except for beak things.

As for taking over cities themselves, i don't think so. At least in the vanilla game. There is a mod called "Reactive World" that was incorporated into the base game that allows you to take out entire factions but I think the Holy Nation was excluded for some reason but the mod still exist and allows all factions to be destroyed.

United States
Hugonaught
Finally got some good quality weapons and armor made... and bought a high end scout Skeleton leg for Penny. She can run insanely fast now, much faster than with just 2 normal legs!

United Kingdom
Please insert pizza!
Finally got some good quality weapons and armor made... and bought a high end scout Skeleton leg for Penny. She can run insanely fast now, much faster than with just 2 normal legs!
- Sinxar

How the heck does she run faster with one bionic leg? surely she would just run around in circles?

Australia
yeh that is correct...you will have to cut off the other leg

All names, logos, images and trademarks are the property of their respective owners. Website created, designed and coded by Roguey © 2019. Privacy policy.
This page loaded in 0.00251 seconds. If you like to help, please consider making donation.